For all of human history, with the exception of the past 50-100 years, cities have been built on a pedestrian scale because there was no other option. In the 20th century we were able to ignore the pedestrian and focus on the car. This lead to some architectural movements that should be preserved, but are often hostile to a pedestrian city.

You're making a HUGE leap from "is not super inviting to pedestrians" to "does not function." And at any rate, this building is way more pedestrian-friendly than, say, the Old Post Office Building (or even the new one!).

Not every building needs street-level retail to be "functional."


A simple Apple-style glass curtain wall between the four legs of the building would create an indoor space that could function all year round, with island-format retail or food vendors inside.

And it would also destroy the artistic integrity of the structure.

And it would also destroy the artistic integrity of the structure.

I would *love* to see you try to define art in a way that could never include buildings.

But Patrick Schumacher (Zaha Hadid's partner), has said architecture is not an art: https://www.facebook.com/patrik.schumac ... 1928712343

But Patrick Schumacher (Zaha Hadid's partner), has said architecture is not an art: https://www.facebook.com/patrik.schumac ... 1928712343

And Phillip Johnson once said "architecture is art, nothing else."

So we can throw dumb quotations back and forth at each other, or...

Haha, I wasn't trying to argue anything, only saying that at least one architect has tried to make this argument. My you guys are touchy.

I would have assumed my "definition" would have clued you in I was not that serious.

Plenty of cities *are* run like museums, and they "function" just fine.

But no one's arguing for that anyway. A unique sculptural skyscraper by a world-renowned architect isn't just another building.

I'm not architect, but the skyway running through the "legs" seems way worse to me than the new glass entry.

LakeCharles: Sorry then, no offense.

amiller92: I don't know if I'd say one is worse than the other, but they're both pretty bad.

Went over there to see yesterday, but did not take a picture. Will attempt to do so again today to get one to share. For what it's worth, it didn't look that bad to me, and better than enclosing the entire area.

Also, the area is not pedestrian friendly at all, but I'd say that has more to do with the hostile design of Washington Ave than this building not having a ground floor.

#hottake: I think 20 Washington Square should be torn down. It's terrible for downtown, terrible for its location, etc. Nice to look at (I even have a commemorative cocktail glass of it), but the time has come to replace it with something urban - something that addresses the very important streets that surround it. Beyond pleasing aesthetics and the significance of who designed it 50+ years ago, also taken into consideration should be what it provides to downtown: less than 185,000 square feet of office space. It's a short building that provides a relatively small amount of office space, and no other uses or benefits to downtown (no residences, no hotel rooms, no retail spaces, etc.) It provides minimally more positive benefit to downtown than an attractive parking garage.

It is basically the attractive downtown equivalent of the Nicollet/Lake Kmart.

The problem is that, while there's still so many even less developed lots in this area, by the time there's development pressure to actually do something like that, it'll probably be historically protected and locked in place for eternity.
Joey Senkyr
joey.senkyr@outlook.com

Maybe we could move it to the Little Log House Pioneer Village / Epcot Expansion south of Hastings? 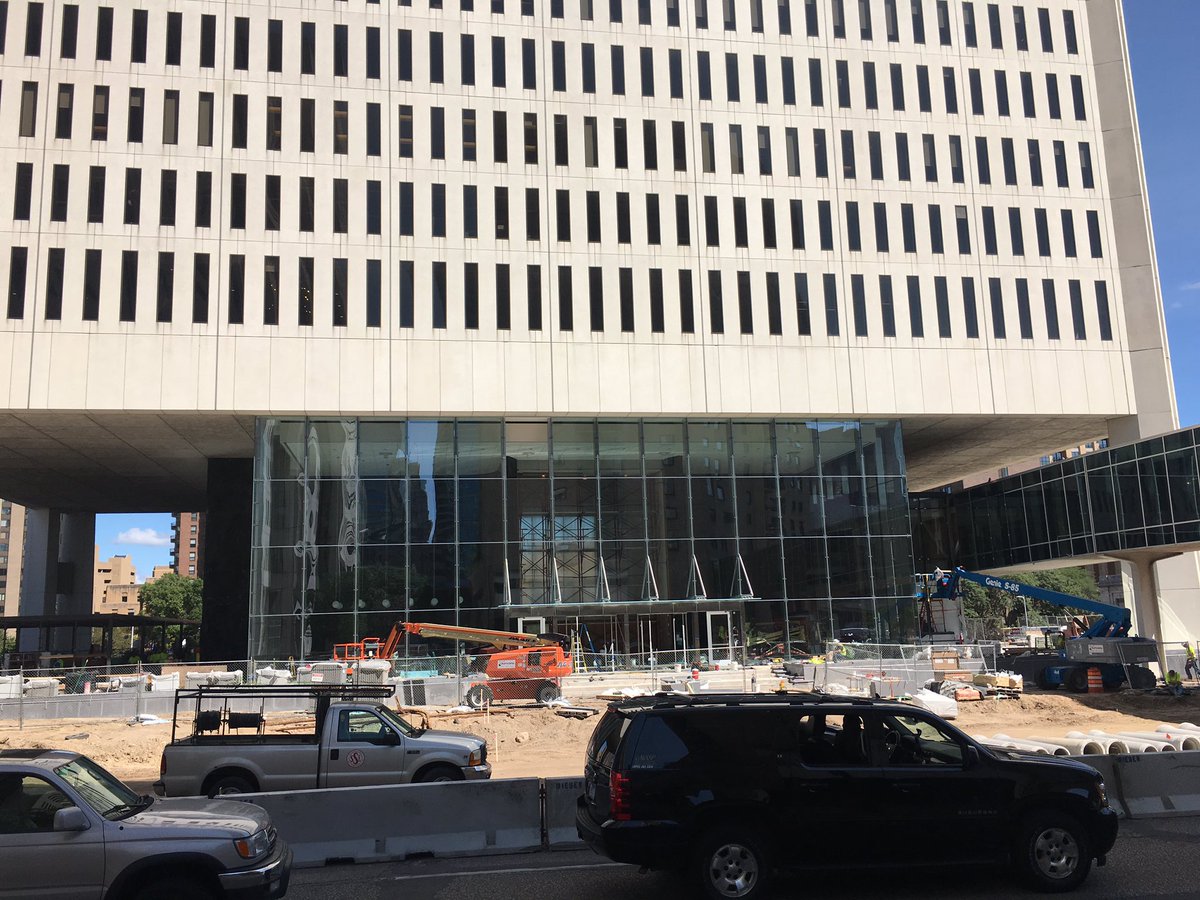 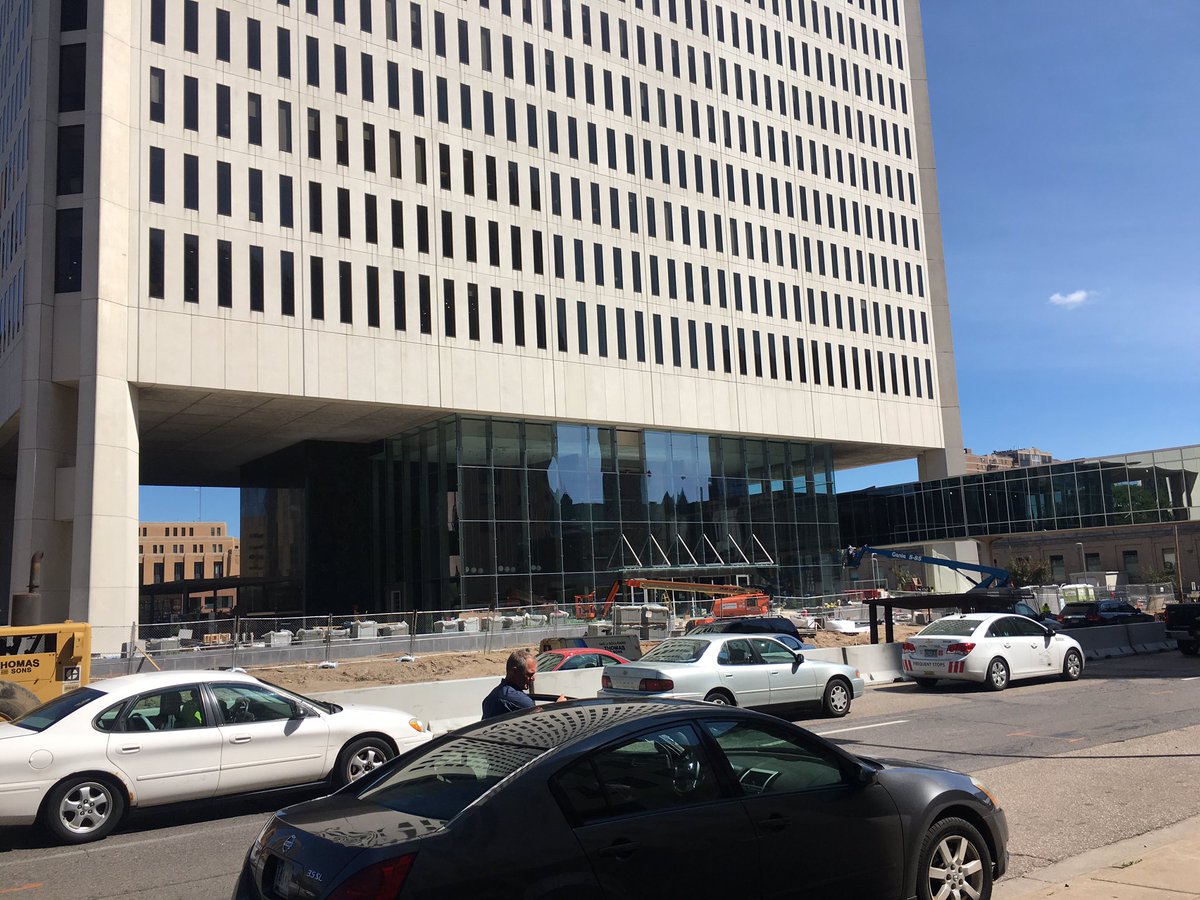 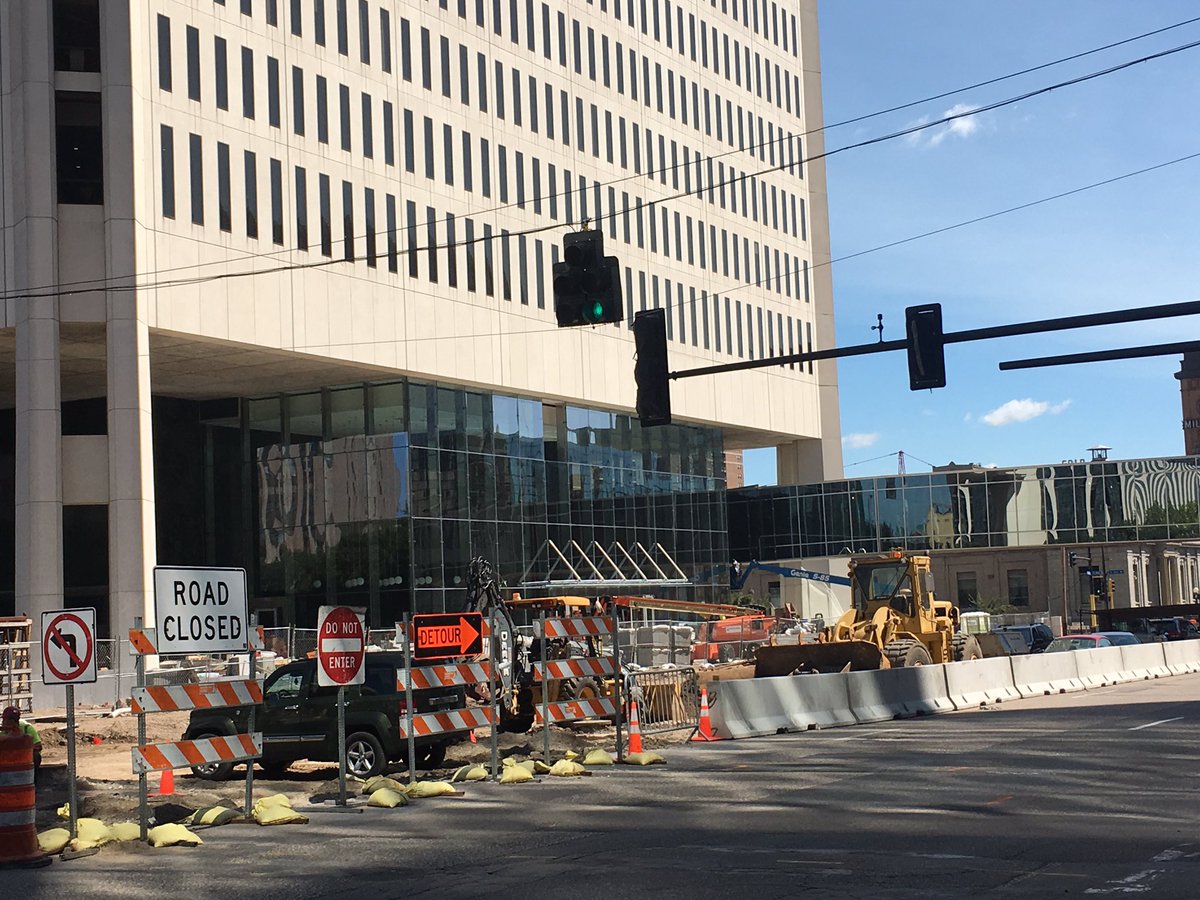 I would *love* to see you try to define art in a way that could never include buildings.

For the first time in my life I agree with EOst.

Buildings are absolutely art. Many of them have art integrated into the building. I'm curious to hear your argument as to why/how buildings are not art.

I would say architecture's primary function is almost never art. This is true of probably 99% of buildings, with some exceptions being monuments and starchitectural creations.

Anyways, I find the addition acceptable. It's minorly intrusive and respects the geometries of the original design.

Here's a stab:
(visual) Art is something created primarily for it's aesthetic value, not for its function.
Peter Bajurny
peter@bajurny.us
@FISHMANPET
Post Reply
94 posts