Hennepin for sure, conflicting reports on Skyscape.
Q. What, what? A. In da butt.

Wow, pretty surprising the Skyscape one is closing, it's consistently busy whenever I go there. This will be a big negative for the neighborhood. Although maybe not surprising considering the sign in the dairy section today: 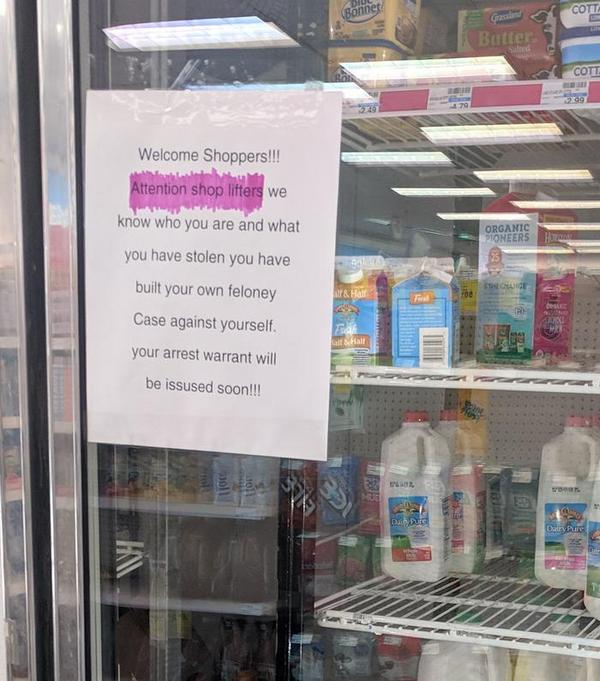 Oof, clearly an asset to the neighborhood.

Wild. Even with these, downtown has always seemed weirdly short on pharmacies. There is a CVS on literally nearly every street in downtown DC.

Wow, pretty surprising the Skyscape one is closing, it's consistently busy whenever I go there. This will be a big negative for the neighborhood. Although maybe not surprising considering the sign in the dairy section today:

Yes, but how much for feloney shoplifting?

It looks like the Hotel Minneapolis is finishing its renovation and re-branding/re-opening April 3rd as the Hotel Emery (still a Marriot Autograph Collection property).

I guess a noticed has been placed on the door of the W. Broadway CVS. The closures may be widespread perhaps.

Maybe it's too much to hope for, but it sure would be great if the closure of the Hennepin CVS led to its quarter-block surface lot being redeveloped into a third Laurel Village tower, or even another low-rise.
Joey Senkyr
joey.senkyr@outlook.com

Skyscape location is not on this list of closures put out by CVS today:
https://amp.usatoday.com/amp/3649440002
Buildings, what buildings?

Sign up on CVS Skyscape location that says closing May 31.

And if you see my reflection in the empty retail space
A feloney brought me down...

Just received an advertisement on Instagram to apply for a position at Joe & the Juice's upcoming location in Minneapolis. Anyone know anything about this or where it might be going?

Just received an advertisement on Instagram to apply for a position at Joe & the Juice's upcoming location in Minneapolis. Anyone know anything about this or where it might be going?

This is hilarious since I'm in Norway right now and I've seen them everywhere since the first one in Iceland.

Quoting a post from the TC National & Global image topic...my response got long-winded & OT, so I'm posting here instead...


I think that just means we don't have a lot of traditional touristy stuff like historical sites, entertainment districts, really famous museums, amusement parks, etc. After all, our top tourist site is a mall.

The more I've traveled to other US cities (hell even just small midwestern cities), I've come to realize that our lack of tourism is another contributing factor as to why downtown Mpls' retail/storefront scene sucks so bad. Obviously the biggest contributing factors are the skyways and bad buildings that fill whole/half blocks and don't actually have a single storefront to speak of. But the role of tourism (lack thereof) in our downtown sucking shouldn't be ignored either. Cities several magnitudes smaller than Minneapolis have blocks that make me weep for how terrible downtown Minneapolis is. Freaking Mankato has a few blocks of downtown retail that put Minneapolis CBD to shame...and I suspect the same is true of most college towns of 25k+ population.

The storefront situation in the CBD/Gateway area feels borderline unfixable. We've added thousands of new residents to the periphery of downtown (though just a few hundred to the core CBD), probably over 1,000 new hotel rooms downtown, but the state of active storefronts in the CBD seems to have not improved one iota. Why is that?

I have increasingly come around to the idea (ok, my own idea) of giving public subsidies to get building owners in the core CBD to add retail storefronts on blocks where there are none today. Example: Baker Center just did a massive multimillion dollar renovation, added a nice lobby/entrance, but did not add any ground level retail space. There should be a city grant program that would have incentivized them to do so. One of the principal roles of government is to address 'market failure', and I would absolutely describe the lack of storefronts in our CBD as market failure (to be fair, largely resulting from 50+ years of zoning code failure not requiring street-level retail). We can start to fix the problem, but it is going to take significant public dollars, without question. Imagine if just one in every 10 skyway businesses moved down to a street-facing storefront...or even a measly one in 20! It would be nothing short of transformative for downtown Minneapolis.

Baker may not have added any ground level, but they do actually have ground level retail and half (or more) of it is empty.

I don't think it's as bad as you think, and they are working on it. The Andrus and the Dayton Project should help quite a bit in the downtown core. Also, when the Gateway tower is completed it should add quite a bit to that end of Nicollet and should spur retail to fill into 365 Nicollet and the adjacent tower planned on that lot. I know the situation isn't perfect now, but it seems to me Minneapolis is taking the correct steps. (This isn't even including the major progress we've seen in North Loop and Downtown East.)

In regards to your comments about tourism I agree somewhat, but again Minneapolis is taking the correct steps. I was just running downtown yesterday and there is some huge youth event going on where there are thousands of kids and their parents from around the country here.

The Moxy hotel and it's bar is now open in the Ironclad building downtown. Walked by yesterday and they had it completely open to the outside, looks to be a great addition to the area.

In regards to your comments about tourism I agree somewhat, but again Minneapolis is taking the correct steps. I was just running downtown yesterday and there is some huge youth event going on where there are thousands of kids and their parents from around the country here.

There are SO many kids. It's weird.

There is a national Lutheran youth conference taking place. I talked to some people from Montana this morning. Over 20k kids in attendance. I guess last night they took over US Bank Stadium, and today they are at the convention center.
Post Reply
1211 posts