That was kind of the point. This is like the worlds largest spite house.
Peter Bajurny
peter@bajurny.us
@FISHMANPET

The building is being stripped out to the studs. Kind of neat to see the deconstruction.
Q. What, what? A. In da butt.

I stopped by on the bike to check out the demolition. 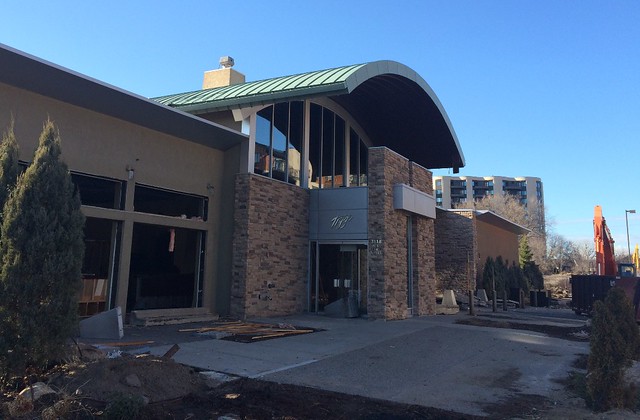 It's now mostly gone except for part of the center section.
Q. What, what? A. In da butt. 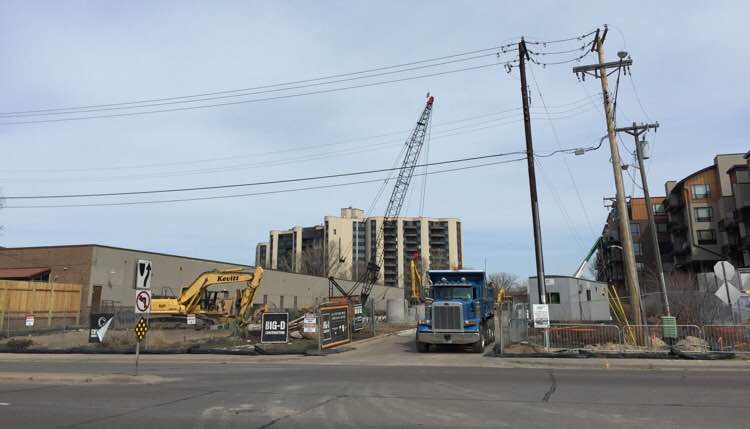 Saw a few piles driven while I was riding by today.

Notice that they are having to replace some of the exterior siding one the building just to the East of this project. Those were condo's I believe and stick built. Have heard rumors of leakage problems with them in the past. Not sure if that is true or not.

I know for a fact that those condos were awful, and that there was a lot of litagation. So much so, that some lenders would not even back a mortgage in that project.

Were they they designed by BKV, by chance?

Looking back towards the greenway it looks like that have started to build the 2 levels of the garage for this building. Pretty much post and beam so until they get to pouring floor it will be a simple process.

This thing is out of the ground and there is a wall up by Lake Street that makes it look like they are working from the ends to the middle here.

The Southwest Journal link in that article has a more complete story:

There is a Yelp review for Loop from 2014 saying the buildings are in dire need of repair from poor construction. FWIW.

And a tiny amount of schadenfreude as some Loop residents objected to the smaller footprint taller option over the shorter-longer wall version that brought the foundation work closer to much more of their (allegedly poorly constructed) condo buildings.

The buildings have been plagued by water problems and interior framing issues.
Q. What, what? A. In da butt.

BKV roof design issues. Similar to the mold problems on the 3rd and 4th floors of Calhoun Flats.

At a meeting about this property, I was one of only 2-3 people who raised their hands supporting the taller tower proposed for the site. The rest of the room wanted a five story building. But really, it was CIDNA (Cedar Isles Dean Neighborhood Association) who rejected any idea of a tower, or anything over five stories as precedent setting for the neighborhood. Of course anyone can see there are buildings all around that property that are taller.

BKV roof design issues. Similar to the mold problems on the 3rd and 4th floors of Calhoun Flats.

They had a "fix" to the mold issues. They just painted the walls every year in the dark moldy hallways of floors 3 and 4.

I lived at the Flats(then called City Apartments) for a couple years 3 years ago or so. The entire time I was there though the Loop Condos were going through project after project, it's long been known to those in the area that the Loop Condo building is complete garbage and that reason alone is why some of the front facing condos have never actually been lived in yet. Last I saw(about 2 years ago), they weren't even finished yet and were waiting for a buyer who could build the double floor condo out to their own specs.

On the subject of BKV, coincidentally I took a tour of 730 Washington (Elsewarehouse) last week that was lead by BKV and I did notice rooms that had large wet spots on the ceilings there too.
Instagram