I agree on the goal. Drive thrus were (and I believe still are) banned in POs but many exist in the city grandfathered in as non-conforming uses. The policy question, I see, is whether to hold out for the ideal (no drive thru and redeveloped) vs find a way to craft a way to allow allow non-conforming drive thrus to be brought back into redevelopment (subject to conditions) and see the sites redeveloped but with more auto traffic than desired.

Sure, sometimes you need a crutch to get through a transition. Some new developments still have a handful of surface parking spaces (“think of the handicapped!!!”), and if they need that, so be it. It’s not make-or-break.

But drive thru’s really do encourage/reward driving in a way that a few parking spaces don’t.

The only compromise I can see is a walkup/bike-up window (like Terzo at 50th & Penn, or early Dairy Queen’s).

The only compromise I can see is a walkup/bike-up window (like Terzo at 50th & Penn, or early Dairy Queen’s).

Slight tangent, but I LOVE walkup(/bikeup) windows. They're a great amenity for pedestrians and add street-level activity.

The dairy queen I grew up with (on white bear ave near hillcrest) had one, so lots of nostalgia.

Edit: I have a free idea I'd be willing to contribute to/help with: streets.mn ride along this spring to see the 54 extension (perhaps the whole length of route 54?).

by Multimodal
Atlanta reviews designs of new buildings. Do the “before” pictures remind you of anything?

by Lisa I. RoadBot
Fencing up, large excavator on site..... 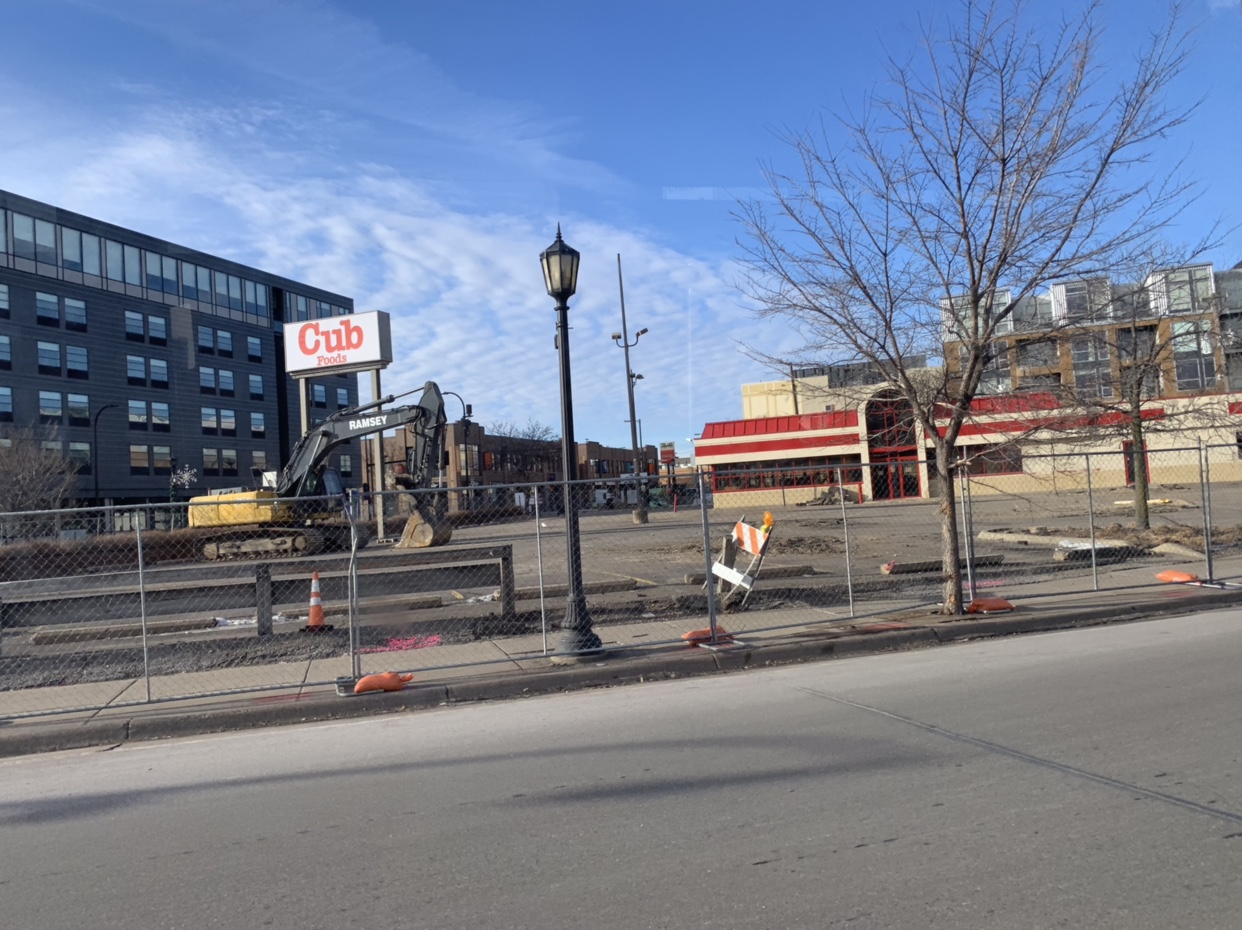 Picture taken while riding the 23 toward uptown. Hey Shawn just to the west of the Arby’s building.

by kiliff75
The backhoe is already in use, demolition had begun as I drove by this morning...

by buzz
Arby's is gone and a construction trailer is on site.

by grant1simons2
The tables are finally clean

by Anondson
The work is up to the first floor.

by LyndaleHoosier
It's amazing how close the building is to the current placement of the traffic signals. This building will be very much built out right to the sidewalk, which will be great.
All times are UTC-06:00
Page 11 of 11
Powered by phpBB® Forum Software © phpBB Limited
https://www.phpbb.com/