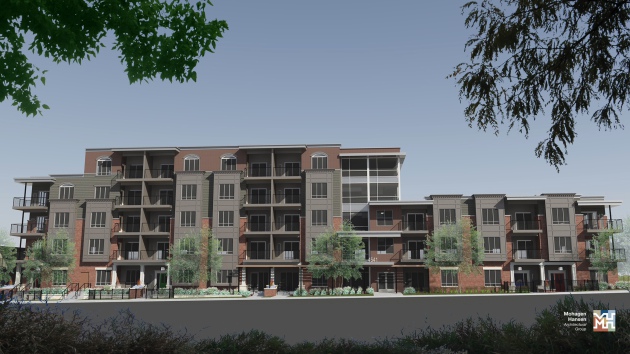 This project is taking place in the Linden Hills neighborhood, so you know what that means....

The Minneapolis City Council reversed course Friday and put a halt to a project that nearly eked past a development moratorium in Linden Hills.

Just last week, the city's zoning and planning committee voted 4-2 to grant a 60-unit residential on 45th and France Avenue a waiver to the neighborhood's moratorium on large-scale developments. But today, the full Council voted 9-4 to deny the waiver.

The argument Friday centered on whether the project in question, France Ave. Apartments, falls under the moratorium. Developers had submitted a proposal before the moratorium, but then resubmitted a new version when it was denied by the planning commission.

The Linden Hills neighborhood voted two weeks ago to recommend denying the waiver.

Friday's vote means the developers will have to wait until next March to resubmit their plans. Some believe the moratorium could be extended, however.

Council Member Gary Schiff, who advocated for the waiver, said the moratorium was being used "to stop a specific development. I think that's dirty."

"It's a terrible way for the City of Minneapolis to treat investors who come along [and] play by the rules," Schiff said.

Council President Barb Johnson, who also supported the waiver, said she believes moratoriums are a "clumsy" tool. She recalled another city-imposed moratorium earlier in her career that resulted in a legal settlement because a developer got caught in the middle.

"I've been burned on one of these before. And I don't want to get burned again," Johnson said.

Kurt Manley, with France Development LLC, criticized the decision in a statement.

"This action should be very troubling to all business interests in Minneapolis," Manley said. "We will be reviewing all of our rights and options next week. This outcome really should not be allowed to stand."

so you know what that means....

Do you think the poor guys that spent a week of their lives getting this proposal together knew it would never see the light of day?

Love it, it"s almost TOO big, but I don't think it'll be a problem. You never know with this Linden Hills area tho....

I like how they're taking advantage of the slope of the alley to get two levels of parking without needing to put a ramp in the actual parking garage.

Though I'm not sure why they don't make that roof above the garage more functional and make a little shared patio there. If I had a unit on the second floor that overlooked that roof but I couldn't access it, I'd be pissed.
Peter Bajurny
peter@bajurny.us
@FISHMANPET

Very pleasant. Would love to see more of this up and down France between 44th and 50th

I agree.. looks very nice, masses on the street well, with some good patio/deck spaces viewing the street. Really hope they don't go with the alternate plan that has the parking enter from France. Put that in the rear (on the city to make that call).

I also found it interesting that they put bicycle parking separate from the regular garage. It gets an entrance right along the sidewalk which is convenient, but doesn't have an exit in to the building. Not a huge deal (and I'm not saying it's bad, either), just hadn't seen that before.

Have to ask, Is this the building that they had the second moratorium over. Or is that something closer to 50th and France? I know this is not the Linden Hills,(Famous Dave's) building.

You are correct. This was the second project impacted by the LH moratorium (the first being Linden Corner). This was the project that unsuccessfully sought a waiver from the moratorium, after making changes and reducing the number of units (from 62 to 52). The current proposal for 32 units should be a shoo-in.

This is the design we submitted for land use approval:

Committee of the Whole was supportive but we're still getting resistance from a few very vocal neighbors (too big, too dense, not affordable enough, etc.). I may be crazy, but I believe there must be some Linden Hills residents who would support a modest project like this (on a designated Community Corridor, adjacent to the 44th and France Neighborhood Commercial Node - exactly where the Mpls comprehensive plan supports increased density). If these people do exist, they dont come to the meetings.

The neighborhood board is going to vote on the project this Tuesday evening at 7:00 at the Mpls Park building on 43rd and Xerxes. If there are any Linden Hills UrbanMSP-ers who can make it to the meeting to express support, it would be much appreciated (and it would be fun to meet some of you in person). We presented the project to the Board last week and from the tenor of some of the questions/comments, I think there's actually a long shot that they could approve. We've worked really hard since March to address neighbors' concerns and I think some board members truly appreciate the effort and the results. A few supportive comments from the audience could make the difference for board members who might be on the fence. I probably don't have to say this, but these meetings can get kind of nasty so I will: if you show up to support the project, please be respectful (at the meeting or on this forum). Passions tend to flair and these meetings can get kind of nasty. Many thanks in advance for your support!

I love it when people active in development post here, especially with projects they're working on. I like that this forum is more for just looking in from the outside.

Like most people on this forum, I'm first and foremost a development/transit geek so I like to track new developments. But I'm also an architect active in development. I must admit I feel a little awkward using the forum to drum up support for my own project but I think it's suitable in this case. I'm more reticent about the possibility that revealing my role in this or any other project might stifle dialogue (hey, if you guys think the project stinks or have criticisms, let it fly - that's what this forum is for - I've got a very thick skin). But I also think we pro-development, pro-density, pro-transit people would be wise to harness the passion of this forum's users more often.

I think the only criticism you're going to get here is that it's too short, not dense enough, or not big enough, but we all know that's not your fault

It looks like we lost a floor from the plans first posted though, I assume that was a reaction to neighborhood concerns?
Peter Bajurny
peter@bajurny.us
@FISHMANPET

The scale and proportion looks great and reinforces the denser character of the 44th and France commercial node which is really a "town center" for the neighborhoods surrounding it. Hard to believe it would not be approved.

As it turns out, the neighborhood board voted overwhelmingly to approve (or, rather, "not oppose"), despite strong vocal opposition from several people in the audience. There were, however, a few people who spoke in favor - many thanks to those who took the time to attend. I was very impressed with the way the board conducted themselves; I don't envy their position. The main theme they cited was the need for more rental options in the neighborhood which has seen almost zero multifamily residential construction in years. Nonetheless, even in Linden Hills where there would appear to be pent up demand for high-quality rental, it's tough to make a 31-unit building pencil out.

Linden Hills has some pretty intense NIMBY's that are opposed to anything being built. Moderation prevailed. Congratulations. The revised design fits the neighborhood and the site comfortably without being overwhelming in size. You addressed some of their concerns and I think rational people on the board understood this. I don't live in the area , but this fear of new buildings being inappropriately scaled seems to be a major concern with this neighborhood again and again. In a way I can't blame them for wanting to preserve at least some of the small town character that makes this area such a desireable place to live in the midst of a big city. 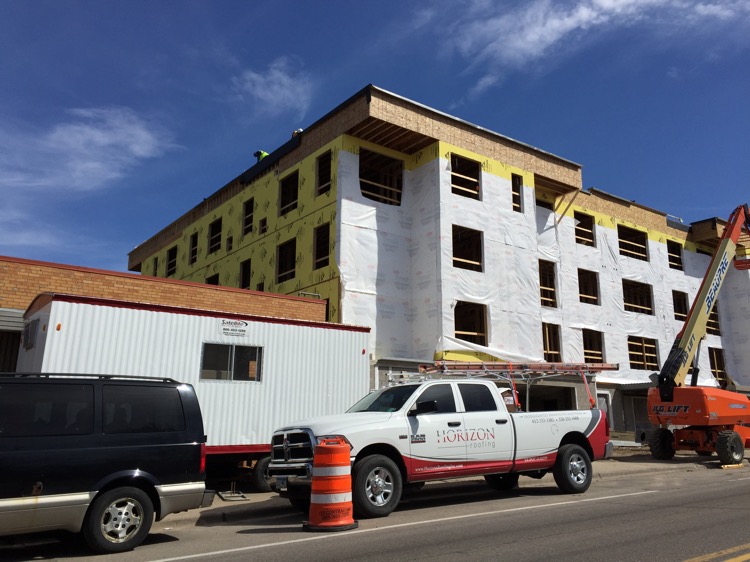 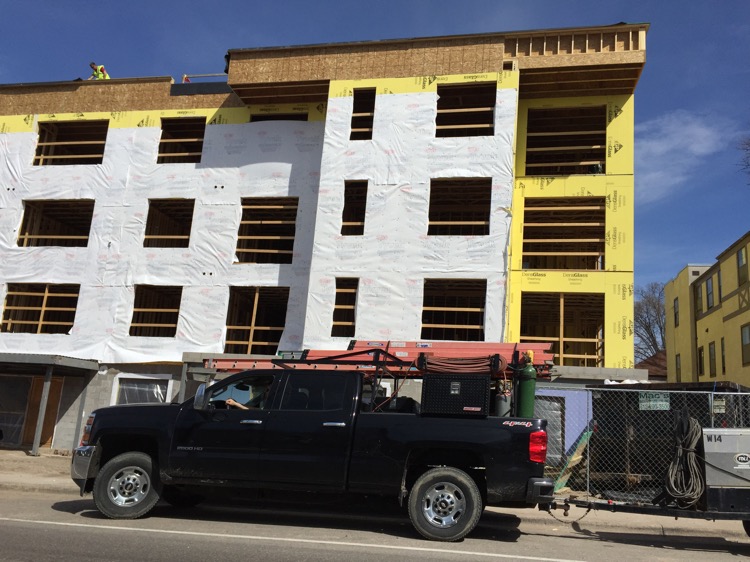 I haven't seen this anywhere, but it appears this has a name now and is available for August move-ins.