I'm interested about the clinic as well. Wonder who that's going to be and how they're going to set that up. At least now we know for sure that this is a real project still moving forward.

I wouldn't be surprised if Allina left their current location and expanded down the block. Definitely more visible than they currently are.

And really, Target Express is just CVS with a different sign and 2 racks of clothes. It's nothing to get too excited about. CityTarget on the other hand is an actual store worth having, but I'm not sure this is the right location. If LA Fitness ever went away, I'd be intrigued by the idea of a Target Express going in the mall itself, as a way to take up some of the less attractive interior space. The parking is obviously available in the adjacent ramp, so it could work in that sense.

Although a lot of CVS/Walgreens are finally updating themselves, I'd say Target Express beats them in two other ways: 1) The fresh food selection is pretty damn good for a small general merchandise store, and 2) the prices are much more competitive with other big-box places than running into Walgreens. I've done an entire week's worth of general grocery stuff at Target Express. I cannot say the same about the Walgreens/CVS stores of the world...at least yet.

I don't think Ackerberg is trying to lure Target in. But I imagine if they really wanted it, the company wouldn't turn down the money. That's kind of how they got the Highland Park space, no? Wrestling it out of B&N's hands?

A few things I'd like to see in this space, in no particular order:

H&M is nice but sometimes I just want a good pair of non-hipster jeans. I know some of these ideas likely don't pan out economically but I can dream, can't I?

I would LOVE a city target in the area but this space seems too small for that.

So it's the vacant lot AND on top of the existing parking garage? Cool! I think it is great to see more and more of this "wrap" type of development.

Nope, just the vacant lot. The existing parking lot is behind this proposed development.

Oh now I see it. I thought the long side was N-S oriented. I was thinking the vacant lot was square and only north of the ramp. Google Maps helped clear it up. 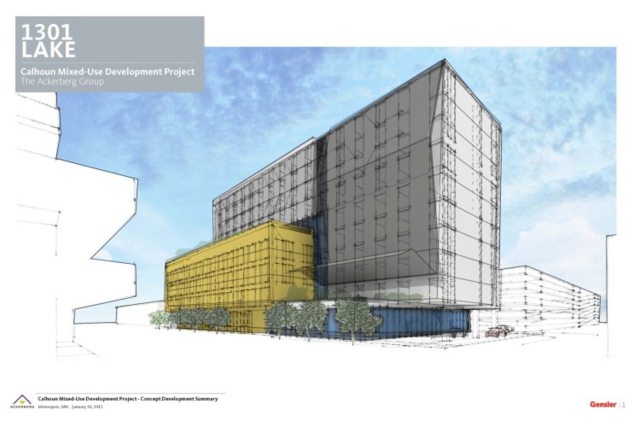 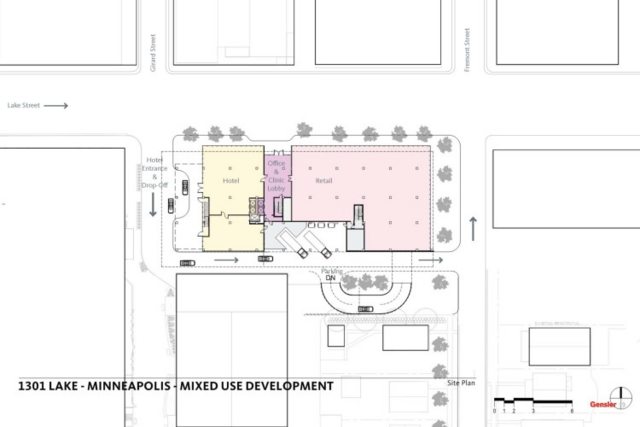 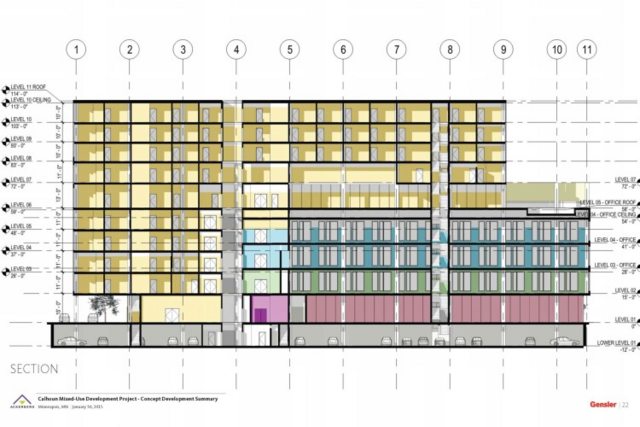 Could Planned Parenthood move into the clinic space?

Ackerberg owns the parking lot in front of PP. If they could convince PP to move into the new development, maybe they could also get first crack at purchasing the existing PP site for a future development.

Could Planned Parenthood move into the clinic space?

Ackerberg owns the parking lot in front of PP. If they could convince PP to move into the new development, maybe they could also get first crack at purchasing the existing PP site for a future development.

The link now redirects to Calhoun Square. It seems we found something that maybe wasn't supposed to be public yet. Still good to know that something is finally happening on that lot.

The link now redirects to Calhoun Square. It seems we found something that maybe wasn't supposed to be public yet. Still good to know that something is finally happening on that lot.

My hunch is they are actually quite a bit farther along in the development process if that is happening. What we were seeing was conceptual. I wouldn't be surprised if we see this proposal submitted to the city this spring or early summer, and meetings with neighborhood groups to discuss the project in a similar time frame.

Can't wait for something to be built here. It will fill in one of the worst gaps in Uptown.

The new Southwest Journal mentioned Graves is considering a hotel in uptown and have narrowed it down to two sites, though it doesn't say where those sites are.

The new Southwest Journal mentioned Graves is considering a hotel in uptown and have narrowed it down to two sites, though it doesn't say where those sites are.

As far as we know, Graves is not working together with Ackerberg on a hotel, correct?

I think two hotels in Uptown (following decades of none) might be a bridge too far.

I've heard some chatter about Graves and the site that you have highlighted. I think something is definitely brewing there.

That was to be a hotel development, before the recession forced them to go with apartment instead. I thought it was a lousy location for a hotel, I still think that a hotel across from the Walkway on Lake is a much better location. IMO

I've been missing my CARAG meetings, but just saw this in the e-newsletter (and I didn't remember seeing it anywhere..)

Local hotel developers, Ben and Jim Graves, attended the CARAG Neighborhood Meeting last week to let neighbors know they were considering building a hotel in CARAG. Graves Hospitality formerly owned the Graves 601 Hotel in downtown Minneapolis, and the company is looking at a site on the corner of Lake St. and Emerson Ave S, previously occupied by an Indian Restaurant. The Graves do not yet own the site and plans are preliminary. However, they are considering around 120 rooms in what they described as a "boutique" hotel. No designs were shown, but the Graves expect a height variance would be needed for the hotel to get built. The Graves committed to keeping CARAG up to date on their plans.

Across the street from "that Arby's"...

I feel like the Graves Boys have got their fingerprints all over Uptown right now.
Post Reply
424 posts