While taking in yesterday's St Paddy's Parade in downtown, I was reacquainted with a mystery I'd once sought answers for.

On numerous buildings in downtown STP, there are what I'll call 'portholes', both surface-mounted and recessed into facades. They're round, ofte connected to conduit and appear to be made from aluminum. Occasionally they even have a new sodium halide box lamp mounted over them. The Woolworth's 'portholes' are interesting because three of four are in a nice line, then the one to the rear on Minnesota rises up several feet to match the grade change. This also occurs at the PiPress Building. Looks like some sort of modern postwar street lighting project from the 1950s. Anyone know the history? Were they effective? Any other cities do this or is this a St Paul original?

And on the Golden Rule
https://goo.gl/maps/aBrWx

And the Pioneer Press
https://goo.gl/maps/9c4Cf 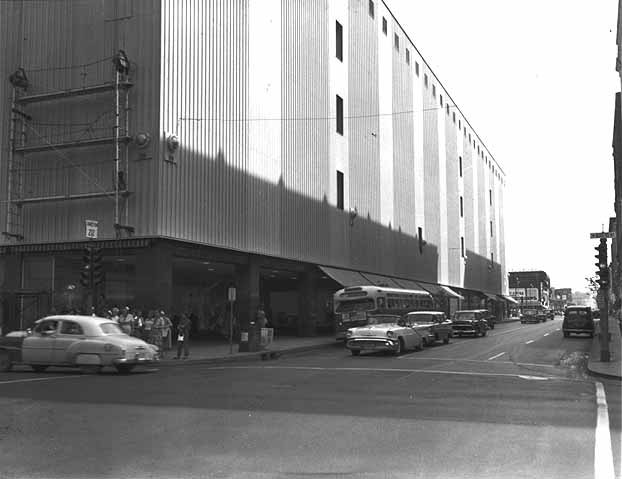 This one shows them with the lenses, and two other kinds of streetlighting: 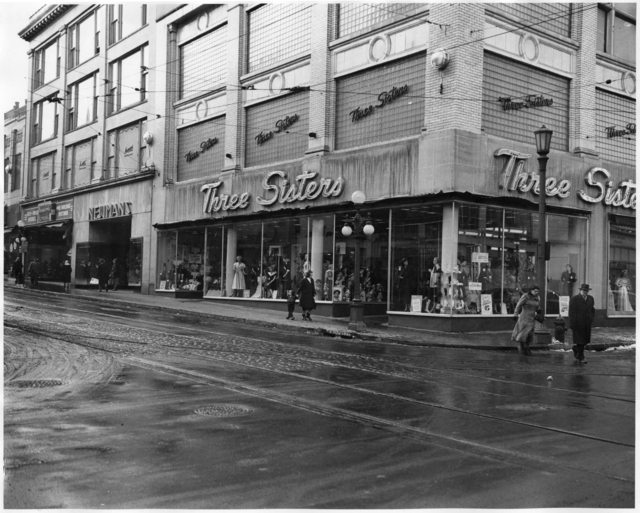 Here they're mounted on a two story sign for a one story corner: 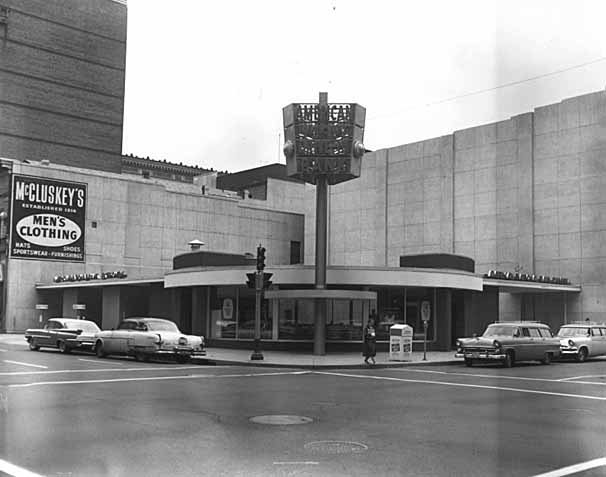 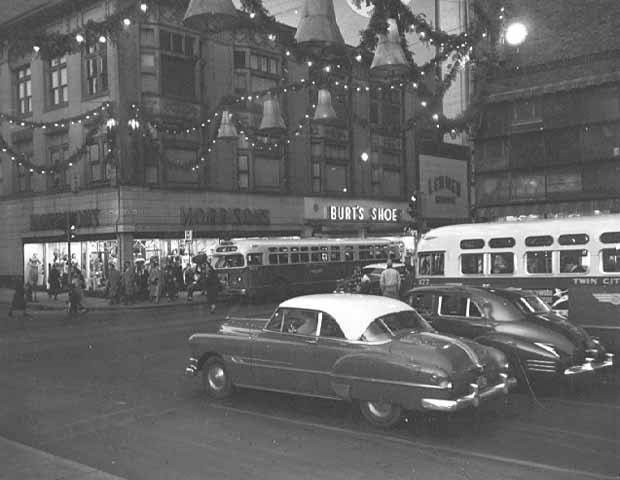 Great post and research - this could almost go on streets.mn - I find the street lighting of St Paul to be very interesting in general -- I like the ornate fixtures that are found around the city, and often wondered about those portholes as well. In the case of the MN Saloon/Buttery, it appears that it is wired directly to the light fixture on the street. That wire looks so sloppy hanging off the side of the facade like that. Looks like the Pioneer Press also had similar wiring on the exterior at one point. I wonder why some of the fixtures were left blank, while others had the fixtures replaced?

(And ugh.... that Metro Square building recladding was quite hideous. The glass curtain is much better, but I recall seeing portions of the old facade when they were doing some work on the building about 10 years ago - and when the light is just right you can sometimes sort-of see it. And as another aside, the Woolworth's building is the saddest in all of DT St Paul.)

I suppose this could go here: https://archive.org/details/StreetLight ... 7/mode/2up
Q. What, what? A. In da butt.

The "porthole" lamps were an attempt by the city to clear the narrow downtown streets and sidewalks of unnecessary clutter. At one time I recall even seeing some of these lights mounted on poles where there weren't buildings to accommodate them - for example, along a parking lot. The glass of the original units had grooves and other patterns to spread the light down onto the sidewalks and street. I never liked them much as in many cases they were plastered onto existing buildings with exposed conduit. In cases where the body of the unit was recessed into the building facades, they were a little less annoying, but even then, it was not an attractive solution to a perceived problem.
It seems to me the lighting scheme was later fifties or early sixties, but I am not certain about that. There's got to be someone out there with that information.
Post Reply
4 posts • Page 1 of 1