Huh, I've biked past their HQ in West Bloomington so many times and always wondered what they do.

I think there are a lot of mid-size companies like this around that are big players in their niche, but not really known about by the general public. I've seen the name once or twice, but didn't know anything else about them before this.

Anyone know what they are building where the LRT curves off of 34th? Looks like a bunker of some kind. Thanks!

Anyone know what they are building where the LRT curves off of 34th? Looks like a bunker of some kind. Thanks!

Another 400 apartments planned next to Bloomington Central Station
*LOCKED*

Tidbits:
The six-story project is very similar to the one Lennar Multifamily Communities finished last year just north of the site, which is called IndiGo.
The project would have 607 parking stalls, less than the 841 required for such a project.
The building also would have 3,900 square feet of retail space.

“The Lennar project leased up really well and quickly and that’s why McGough is excited to move forward with another phase,” said Bloomington Port Authority Administrator Schane Rudlang. “If these residential projects continue to be successful I think there could be more residential [in future phases].”

841 parking stalls required for 400 apartments? In Bloomington's faux-downtown next to light rail? Wow.

841 parking stalls required for 400 apartments? In Bloomington's faux-downtown next to light rail? Wow.

Yep. I don't know the details, but I wouldn't be surprised if they don't have any special transit-oriented limits, and just apply the general citywide requirements. (Which are probably still too high)

On a related note, it would be interesting to see if any of the "Park and Fly" businesses nearby decide to redevelop their surface lots with airport parking ramps and apartments at any time in the near future

On a related note, it would be interesting to see if any of the "Park and Fly" businesses nearby decide to redevelop their surface lots with airport parking ramps and apartments at any time in the near future

But it would be nice to see something different on the Park 'N Go lot on the NW corner of American & 34th.

Wow thanks for following up! Hopefully a nudge from the city, higher property values, and a good market for development cause this to happen sooner rather than later.

The project between 34th and 33rd Ave where the Blue Line turns is now called The Fenley (looks like it was previously Indigo Phase II). I finally saw a banner showing the name, so I got off and took some photos on the way to work, though it's a bit hard to convey how it's laid out since it's so big. It takes up the whole block, though there are essentially several wings branching off of a tall parking structure that sits more or less in the middle. The photos start at the LRT station where the tracks cross 33rd Ave, then go up 33rd and go east along 80 1/2 St over to 34th Ave. 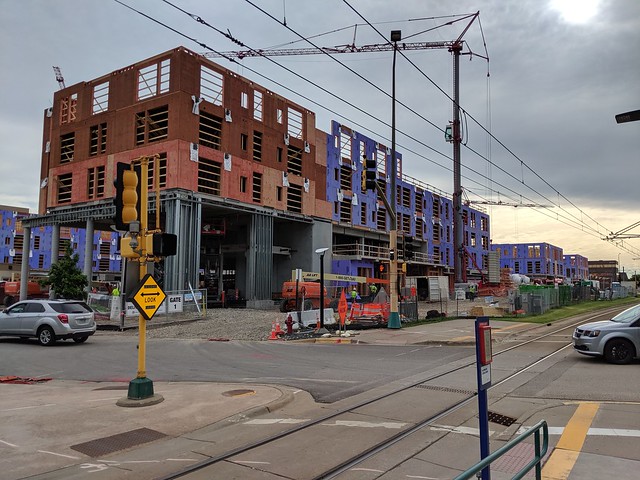 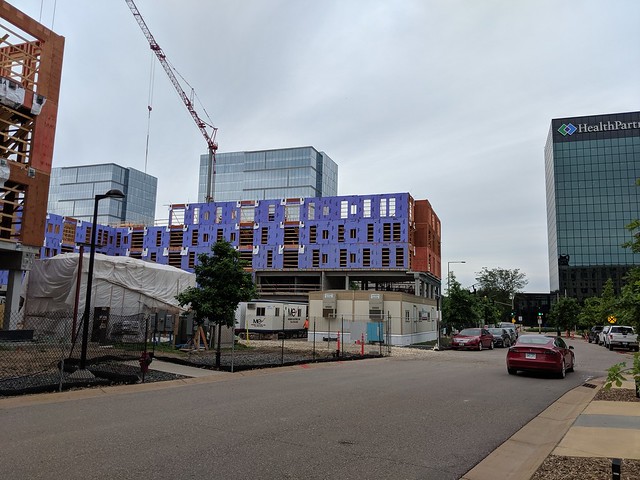 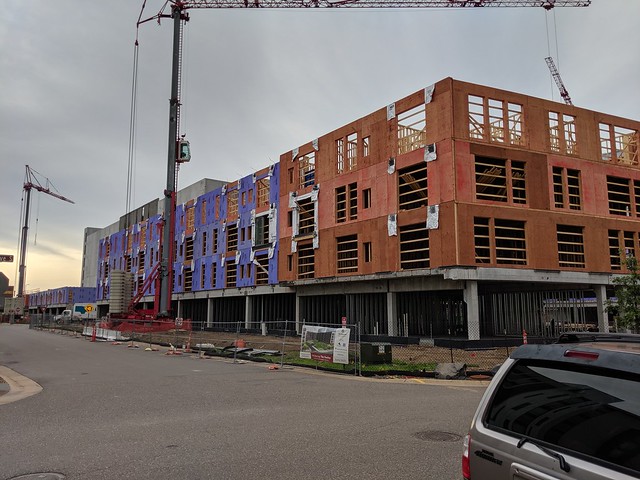 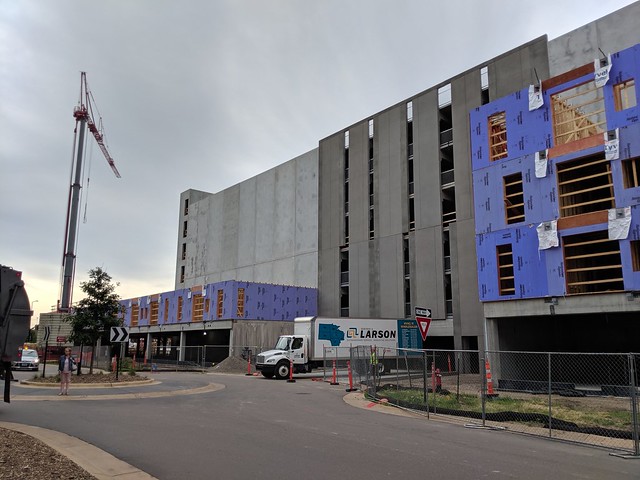 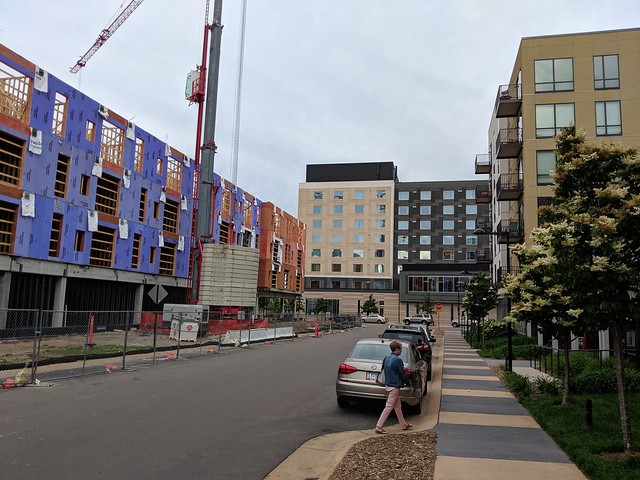 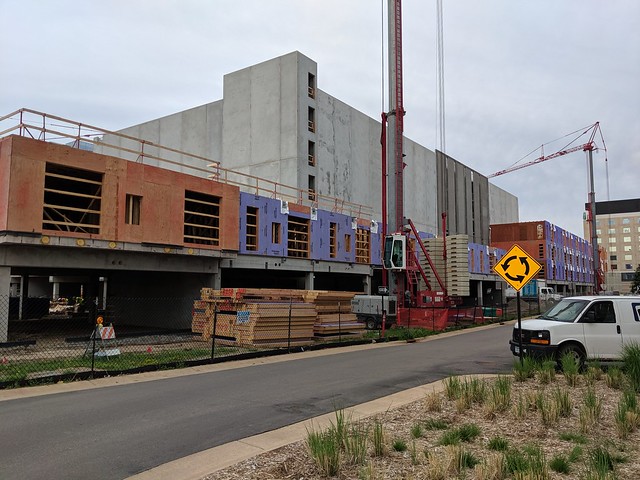 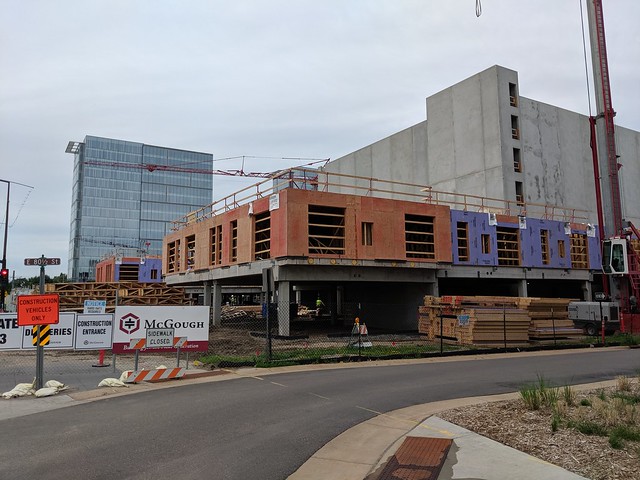 Does any of the new construction in this area have space for retail?

There was rumor of a Walgreens/CVS in the new taller space adjacent the park.

The Crowne Plaza near the American Blvd station is being converted into affordable apartments.

Better than fine I think. When I imagine the average target customer of a business center hotel near the airport, I don't picture a transit user. A hotel to apartment conversion makes the American Blvd station much more valuable than it is today.

Safe to assume we're talking basically a 1-for-1 hotel room to apartment conversion here? In other words, the apartments will be the same footprint as the hotel rooms they're replacing? If so, we're talking about a lot of studios.

It's going to be a mix of studio or "alcove" "micro" units (total 164) from a single 350 or 400 square foot room bay and larger ( total 65) units made of combining two or in a few cases even three room bays. The 80% units are technically "market rate" and the developer is not seeking incentives for them, but rather 80% is what they're expected to rent at due to their size and location, as they put it "instant NOAH".

Developer is requesting smaller units and less parking even beyond Opportunity Housing Ordinance incentives. They did a parking study which suggests things will be just fine. Room size standards are met for the 400 square foot units but the 350 square foot units require a design exception even with OHO incentives (which allow 360 square feet for 50% units).

The surviving hotel rooms will be reflagged under an unnamed extended stay brand. 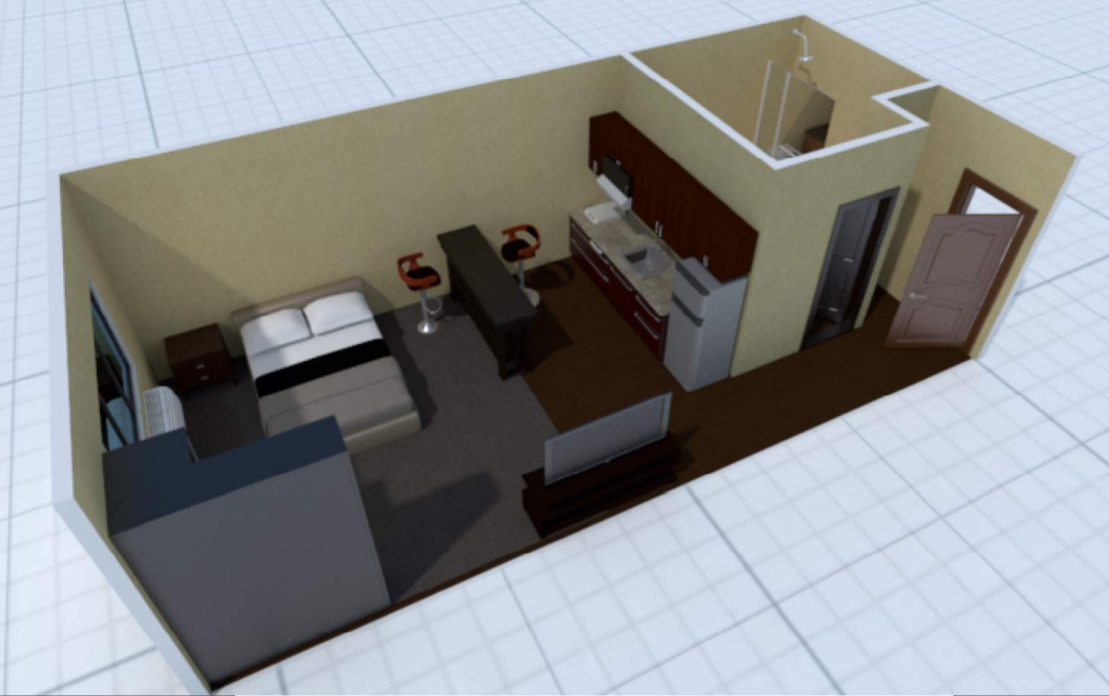 What does “instant NOAH” mean?