I almost hit a bicycle today. Had the left turn arrow....bicycle coming the other way didnt even slow down and drove thru intersection right in front of me.....he gives me the finger as I slam on my brakes. I needed to open my door and call him the ass hole he was....next time I will. I am glad there was not a car turning left behind me....I def woulda been rear ended.

speeding a few miles/hour over the speed limit is a very managable ticket. running a stop sign and then a red light is MUCH more. Cars pay upwards of 400 dollars here for red light violations. bicycles pay nothing but a risk of life.

What language was the above post written? It isn't English, Spanish or German, from what I can tell.

I think I'm going to start posting every time a driver is an asshole to me while I bike. Much like David and web's anecdotes, it will add nothing to the discussion, but it will help make me feel morally superior!

Yesterday on 1st Ave between Lake and Franklin, I encountered three separate people double-parked in the bike lane. Phyllis Kahn says I should call 911 when I see that.

A twenty year old driving past me called me a faggot when I was biking in southern Woodbury this morning. I was just minding my business on the far right of a wide shoulder. Later in the ride I had to dodge more than one parked car in the bike lanes on Concord in Saint Paul.

Driver of a white or cream colored bronco, with a broken window with wood pinned up, attacked two bicyclists with cinder blocks. One female was only brushed, but a 20-year-old male was smashed in his face and is in rough shape.

Thats really scary. My grandpa, who is 84, bikes everywhere in Milwaukee. I feel for that family. Just another cry for why bike infrastructure is so damn important.

Driver of a white or cream colored bronco, with a broken window with wood pinned up, attacked two bicyclists with cinder blocks. One female was only brushed, but a 20-year-old male was smashed in his face and is in rough shape.

Did the police ever get cameras installed along the greenway. I don't bike it but it seems cameras at every bridge crossing would do a lot. Be vigilant. Maybe carry a weapon. Some bicyclist attacked in 2009 stabbed and killed one of the attackers.

On a related note, has anyone else here ever been hit by a car while biking?

I had it happen a bit over a week ago. It's a very unpleasant experience, to put it incredibly lightly.

Never anything serious. Are you okay?

Only when walking. Worst on a bike they got so close my handlebars bounced off the side of their car. Second on the you OK?

I got banged up pretty good (bounced off their hood/ windshield), but no broken bones. Thanks for the concern.

Bike was technically totaled, but I'm trying to get it rideable again while I wait for insurance money. Sigh.

Bike nearly everyday in MPLS, wintertime included, and never had any incidents. I usually follow the traffic laws.
I've been hit by cars twice on my bike, both times in Eagan near my job. If I'm too close to the curb they don't see me and if I'm too far out in MY lane I'm threatened/harassed by the car drivers. No winning.
First time I was hit in Eagan she totaled the bike and the second time I got two new rims and tires out of the deal (no injuries).
After the second "accident" I was questioned and lectured by the police more than the car driver even though he was the one who turned without looking. They obviously had a note in their system about my previous incident.

The first story includes an intersection that I cross every day when bicycling to work. Yikes.

Figured this was probably relevant here.

When a car ‘crash’ isn’t an ‘accident’ — and why the difference matters: http://www.washingtonpost.com/news/wonk ... e-matters/

People speed through this neighborhood way too much. It doesn't help that half the roads are too wide and built like highways. Although fifth isn't the street I'd expect this to happen on.

How do vehicles flip over on 30 MPH streets? Lyndale at 25th Ave N 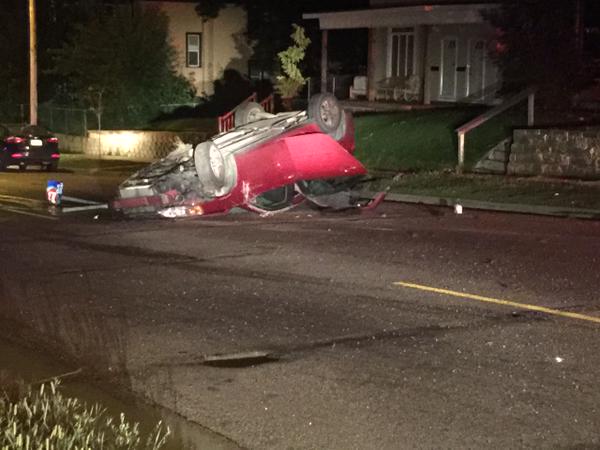