Editorial: The Met Council is all the wrong things and wrecking our transportation system used by cars on whimsical train fads.

Not that there aren't valid complaints, this was a hot mess.

Anyone care to write a response to the paper?

Someone get him an editor stat. Did he just yell into Dragon Naturally Speaking for 5 minutes then click send?

I agree. We should stop forcing Benz's monsterous 19th century creation into every aspect of our modern communities! Cars were invented in the 19th century, and that's, like, hundreds of years ago! 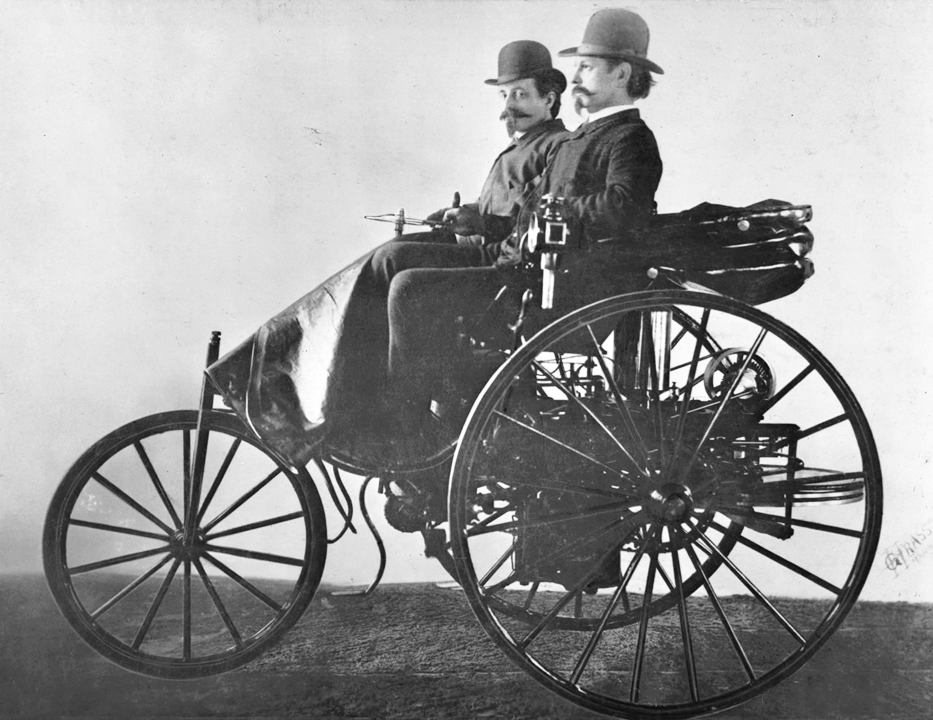 one of my least favorite invalid and irrelevant arguments

Boy this thread has been dormant for a while.

There's an event tonight at 7 that would be of interest to many here: https://www.facebook.com/events/953352814743436/
Transportation Policy Forum w/ Sen. Scott Dibble

In related news, as soon as Dayton said a gas tax increase was back on the table (he earlier foolishly conceded this point), Senate Majority Leader Bakk was quick to say that it was probably dead (because Bakk's chief concern at this point is making sure the DFL holds its majority in the Senate...which is also important and understandable). Also, the GOP-controlled House WILL NOT pass a bill with a gas tax in it. Though I still don't see how taking it off the table before the session begins could be a helpful tactic...

The important thing is that a transportation bill WILL NOT get through the Senate without a substantial transit-funding component. Dibble has made that clear over and over again. He will hold roads hostage until he can get transit funding, as ths bill is essentially a one-shot deal. Once road funding is secured, there will never again be the political will to do something separately for transit.

Thanks, I'll try and make this.

Ol Marty Sabo just savaged SWLRT. Said he won't support a transportation funding bill until SWLRT (as designed) is taken off the table

Requesting moar updates from the forum!

Dibble says that without a comprehensive funding bill, there's no point in building aBRT (even with other sources like bonding or normal budgeting), because the operating dollars won't exist

Didn't hear much we didn't already know. Except maybe that they are considering enacting the CTIB tax increase on maybe a smaller subset of the metro counties like Hennepin, Ramsey and Washington.

Ol Marty Sabo just savaged SWLRT. Said he won't support a transportation funding bill until SWLRT (as designed) is taken off the table

Is this a surprise? His daughter owns a $580k house on the Kenilworth trail.

Oh that's why George Puzak is so against it... It just runs in his backyard

Or maybe they are against it because it's so flawed.

Or maybe they are against it because it's so flawed.

If you believe that then I have about 100 bridges to sell you.

I would have loved to pick their brains regarding the deeper issues of land use and financial sustainability, but Sabo's comment more or less steered the bulk of the discussion towards SWLRT with some bike safety stuff thrown in. I get the sense that both Dibble and Hornstein may dislike sprawl, but they don't really care if it happens as long as they get their transit projects funded. All carrot, no stick. Keep raising taxes and spending money they way we have been and everyone will be happy right?

Hard to do the carrot-and-stick routine when you still don't have any carrots.

Dibble says that without a comprehensive funding bill, there's no point in building aBRT (even with other sources like bonding or normal budgeting), because the operating dollars won't exist

I've read some conservative transit watchdog blogs that talk about this for CTIB as well, pointing out that the current sales tax is going to be sucked up by operating dollars to run all the transitways being built with CTIB money since CTIB also commits to a portion of ops cost. Which is a valid flaw in the CTIB model for building transitways for more than a decade.

In any case, I really doubt there will be a transportation package this year. There's less of a lobbying movement this year vs last, conservative dogma hasn't changed (a bill was already introduced to require MT to recover 50% of ops costs from fares, if that's any indication of where the GOP still stands on transit), and the session is much shorter. Bakk won't push for a gas tax as twincitizen notes, and despite Dayton's reversal he basically already gave up that bargaining chip.

I don't think that there will be a grand deal bill that solves transportation funding for the next decade, but I do expect that there will be at least some type of a bill that funds SWLRT and some targeted congestion relief and some sort of sop for the rural legislators. There's too much money sitting on the bottom line for nothing to happen.

Well, slightly less money at the bottom as of today:

No one's going to raise gas taxes in an election year, that I can just accept. I agree with MNdible...I think they'll wind up making some minor moves, but a comprehensive bill for the next decade is a long shot this year. We'll see surplus funding directed to more corridors of commerce projects, SWLRT, Orange Line (and related 35W interchange/bridge projects), etc.

If we're lucky, maybe maybe maybe Dibble will squeak out a deal to get increased sales tax for transit in Hennepin, Ramsey, and Washington (they want Gateway so unbelievably bad). Dakota and Anoka leadership don't want the increase, and if they did, they would insist that some of the increased funding be for roads too. Dakota's current .25% is probably enough to pay for future Red Line extension, future Orange Line extension, including operating dollars. That's a hugely populated, growing, well-off county. .25% is fine. Carver and Scott already have the ability from the legislature to raise local option sales taxes (up to .5%) and use it for ANY transportation needs. Scott County has already enacted their .5% AFAIK, while Carver has not.

I want commonsense to prevail at the capital, with regards to a transportation funding package. There can be a lot of motivators to accept something previously thought impossible. The current national election and the GOP carnival act may have a few House Republicans sweating their coveted roles, if it seems that there will be a large Democratic turnout. If there's anything Minnesotans don't like - it's obstructionist legislators. Unlike DC, that doesn't fly with the good voters of MN (see 2012 after the 2010 Republican gains). Many similarities can be made to the 2014 gains and the upcoming 2016 elections - with a big White House reason to get out and vote.

All I'm saying is nothing is certain. And if the Republicans stonewall the movement of a major transportation bill once again this session - I think they will pay for it this fall.
Post Reply
718 posts