by Wedgeguy
Going through downtown Mankato last weekend I saw that the first of the new office buildings is getting it's exterior finished off. I would expect a later spring or early summer move in date for their tenants.
The second building next door is about 2 stores from topping off. There is little if any exterior on the second building. Just the skeletal steel beams at this point.

by mjleyrer
There's a live webcam of the construction project if anyone is interested, did I already post it?

by mjleyrer
Also, in case any investors are reading this. We have an awesome commercial building for sale in Lower North Mankato with potential for residential above.

by LakeCharles
It's already reopened. And remember, this patio was on public property, so I think it's reasonable for the city to have regulations in place.

by mjleyrer
Not to mention he had been out of compliance many times before. So it's not like this was out of the blue.

by mattaudio
The Minnesota Massacre continues. 4th St is a speedway in Mankato in need of major calming. And too bad the Strib can't say "struck by a motorist" rather than "struck by a car." I didn't know cars could decide to drive into a bicyclist on their own.
http://www.startribune.com/bicyclist-ru ... 309540741/

by mjleyrer
Just to let everyone know, there's still not much happening down here. But if you're in the area, make sure to reach out to me and we can get together, I'll take you on a tour.

A development that will transform a key entryway to downtown Mankato has been firmed up and is to get underway in the spring.

The seven-story building featuring a restaurant, retail and offices will go up on the corner of Main and South Second streets by gcm
The long delayed Bridge Plaza is getting cloze to going forward. Looks like it shrunk a couple floors. by gcm
After several years off waiting, the fences are up and they've started digging for the Bridge Plaza project. 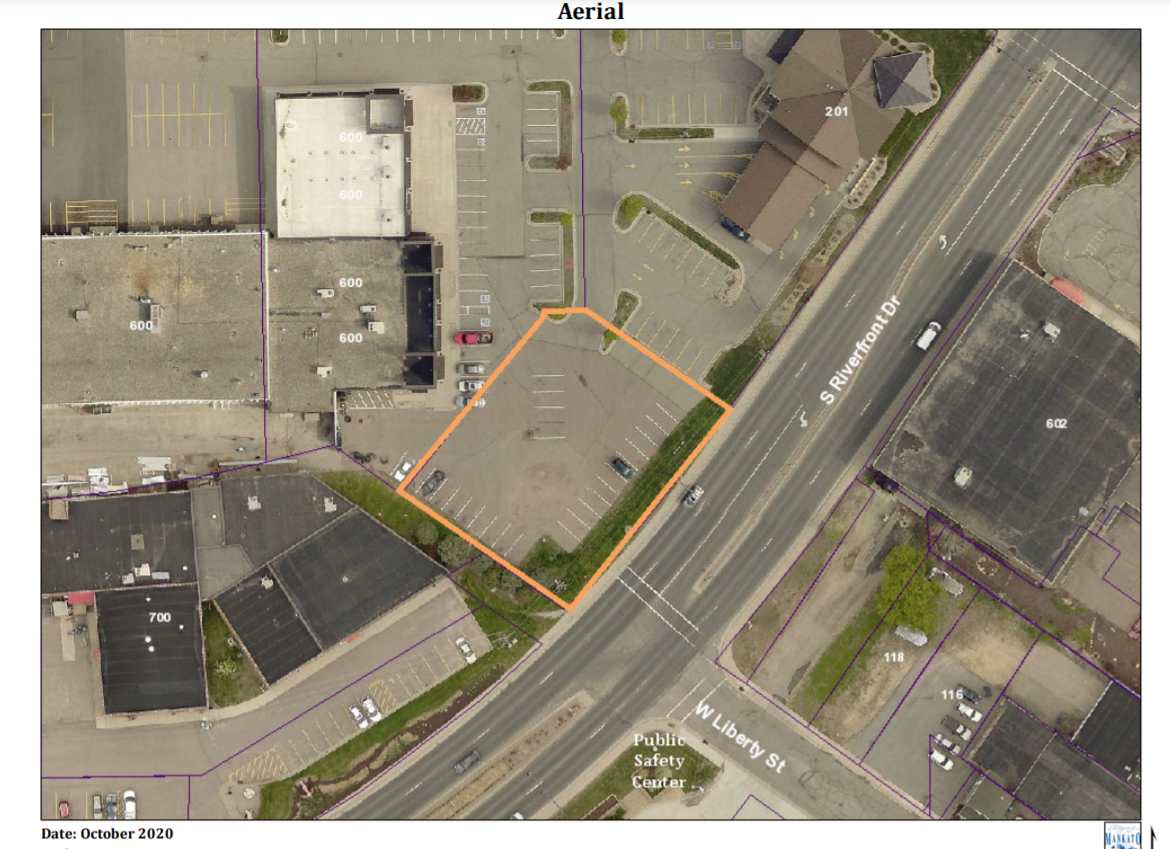 A Dunkin' proposed at Liberty Street and Riverside Drive. across from the police station. If you can get past the "cops and donuts" jokes (and it's also right next to a gym) this is interesting in that it will be drive-thru only, possibly anticipating the post-pandemic world. Fast Food restaurants always did the bulk of their business via the drive-thru, and now they're apparently realizing their dining rooms are pretty superfluous. The few people that would eat in will go to the drive-thru or take out instead without taking up real estate that you have to pay for and be taxed on. And making a mess, the kind you need a $15 an hour worker for instead of a robot burger flipper or kiosk order screen to clean up. Or even possibly infecting the workers and thus possibly getting the whole place shut down in the next pandemic. (McDonalds near me got completely shut down for a several days when an employee got COVID). I've notices a lot of fast food restaurants aren't bothering to open up their dining room even when they legally could.

This one doesn't even have an walk-up window. Probably some combination of not having a good place to put it with the restaurant design or liability concerns with pedestrians crossing the drive thru lane or the fear off being robbed or customers fears of being carjacked with how much violent crime is exploding, coupled with how few people in the area would be around without access to a car, even if they just need to drive across the parking lot from the Salvation Army
All times are UTC-06:00
Page 2 of 2
Powered by phpBB® Forum Software © phpBB Limited
https://www.phpbb.com/