and if you didn't hear in the Uptown thread, Bonchon (not Bon-Ton) is replacing Vescios vacant store front.

Three coffee shops still isn't enough for Dinkytown and I really really miss having something local here. Can we just tear down the TCF/Pizza Hut/Subway lot and get something new so there's more retail space options? Or fill the space next to Mesa with a cute little shop.

Three? I thought Starbucks was the only one remaining. Are you including Bordertown? Is that still considered part of Dinkytown?

by xandrex
I've gotta admit, I didn't know Bordertown was even a thing. Do they even have a sign? Streetview doesn't make it look like it. In any case, I think it still qualifies as Dinkytown, even if it's slightly outside the official borders. It's on the block adjacent to 15th, after all.

But if you include them, there are three - in addition to Starbucks, there's also the Purple Onion.

by Silophant
That sounds great!

Though I agree that retail shouldn't have to stop dead at 13th.

by grant1simons2
You know how many people go to Frank and Andrea's? And theres kind of a limited amount of retail spots left. The old Dinkytown tattoo with a broken window. The recently vacated One Two Three sushi and the basement of Pagoda (which is never gonna lease).

by tdtmpls
One Two Three Sushi's space was just leased by Wonders Ice Cream... showing just how limited retail space truly is. They hope to start construction soon and open in September.

Today's issue of the Daily also picked up the story, mentioning that Chatime will remain but move to a space on 14th Avenue. I think the only spaces not spoken for on 14th are the temporary Hub leasing office and maybe one in the Marshall.

Also in the Daily (big news day!), Bonchon and JJ's Poke are apparently opening in December, but the article doesn't seem to have been proofread and has a reference to Bonchon "coming this summer"... I would take that with a grain of salt.

by Silophant
Bun Mi is coming back, with a new name, to a location in Dinkytown.

The article says 511 4th St SE, but since that address is A) not in Dinkytown and B) not a building with a commercial space, I suspect it's a mistake and they mean 511 14th Ave SE instead, which is a spot in the Marshall briefly occupied by Waxing the City.

by COLSLAW5
Where vescio's was in dinkytown they are asking to enlarge the windows and install new doors from the HPC. Also interesting it looks likes it won't be just Bon Chon but a Poke place as well called Oishii Poke

by lordmoke
I wish they were planning to take that ugly wood off of the upper floors too, but it's a good start.

Also interesting it looks likes it won't be just Bon Chon but a Poke place as well called Oishii Poke.

Ummm, there are already 2 Poke restaurants within a block of there...

by QuietBlue
Have we reached peak poke?

by gopherfan
I don't think this news ever made it onto the thread, but the old CVS is being turned into the Dinkytown Food Court this August!
https://www.mndaily.com/article/2018/12/ctsydney 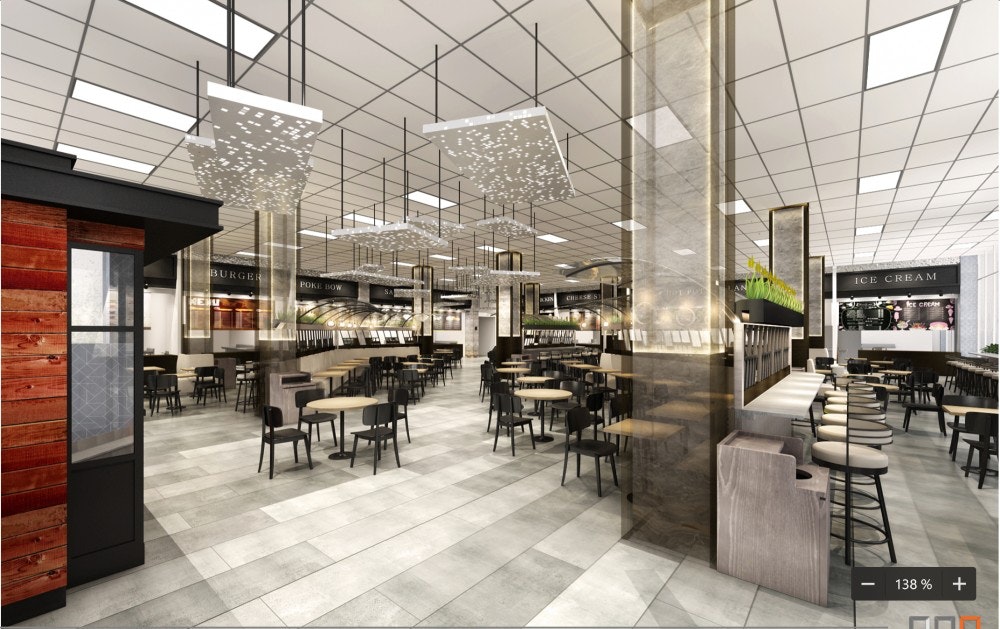 by COLSLAW5
Even more poke!

by Anondson
Varsity Bike closing at the end of September.

by SurlyLHT
1) It's sad that Varsity is leaving, bought my first nice bike there. It seems like with this shop leaving and One on One moving we're losing bicycle shops near places with density.

2) That food court ironically reminds me of the Coffman cafeteria.

by IntrepidEmu
Speaking of bike shops closing, there is a for sale sign in the window of the Alt in LynLake. I asked one of the workers what it was about and they told me that they were planning on moving to a smaller location in the neighborhood, probably east of Lyndale. Hopefully they don't end up closing as well, given that Penn Cycle and Sunrise Cyclery both closed in the neighborhood pretty recently.

Are some details on a new attempted redevelopment in Dinkytown at 1309-1319 4th St SE.

by go4guy
I like the set back after the first level. Love that they are incorporating the existing 1 story commercial building inside the historic district into the new development. Massing isn't too bad. Much better than the McDonalds site.

Frustrating there were better/taller buildings pushed back on for this same location. Hope they turn the alley into a ped mall of some sort, or a place for outdoor seating, and light it up well at night.
All times are UTC-06:00
Page 21 of 22
Powered by phpBB® Forum Software © phpBB Limited
https://www.phpbb.com/