Oh sure, I get what you're saying. I was speaking in terms of personal financial decisions, not apples-to-apples comparisons. Obviously the incentives heavily favor ownership, which is why they were created in the first place. It's also why they are part of our society's structural racism.

This form is for News and stuff about the building itself. Can we move some of this other conversation to another fourm? It sounds like it belongs more in a form about housing prices, or housing versus renting.

But most in their 20's aren't ready to settle down, and I think that is the target market these type of buildings focus on.

Hi, actually, the median income for people in their 20s is in the lower $20,000s, i.e., most people in that age bracket would literally have to spend 100% of their income to afford Nord Haus's rents (if not more). These type of buildings cater to a minute sliver of the general population. If Nord Haus targets 20-somethings, it targets the statistical outliers.

Anyhoo, with regard to David Greene and RailBaronYarr's conversation, as always, housing unaffordability needs be situated in its proper context of unprecedented, worsening income inequality. It's morally repugnant to suggest that the only way to protect the housing security of the non-wealthy majority is to cater new construction to "rich snowbirds" and empty-nester executives. These prices are absolutely not a "water is wet" natural outcome, nor are they even normal historically. They are the consequence of unprecedented inequality, coupled with a land-use regime that encourages speculation. If you accept that the upper income brackets are a menace to everyone else's ability to find affordable, accessible, quality housing, then the only route forward is wealth redistribution, vastly stronger deterrents to speculation, and a far more proactive role for public institutions in building new housing. The conversation needs to be expanded.

Yes, suggesting Nord Haus' very expensive 10 penthouse units prices cater to a totally different type of person than David Greene was definitely the One And Only Solution to housing affordability for all. Glad that's how you read that conversation as well.

With the angle that 1st Ave NE is set on, the phase II tower should have good views. 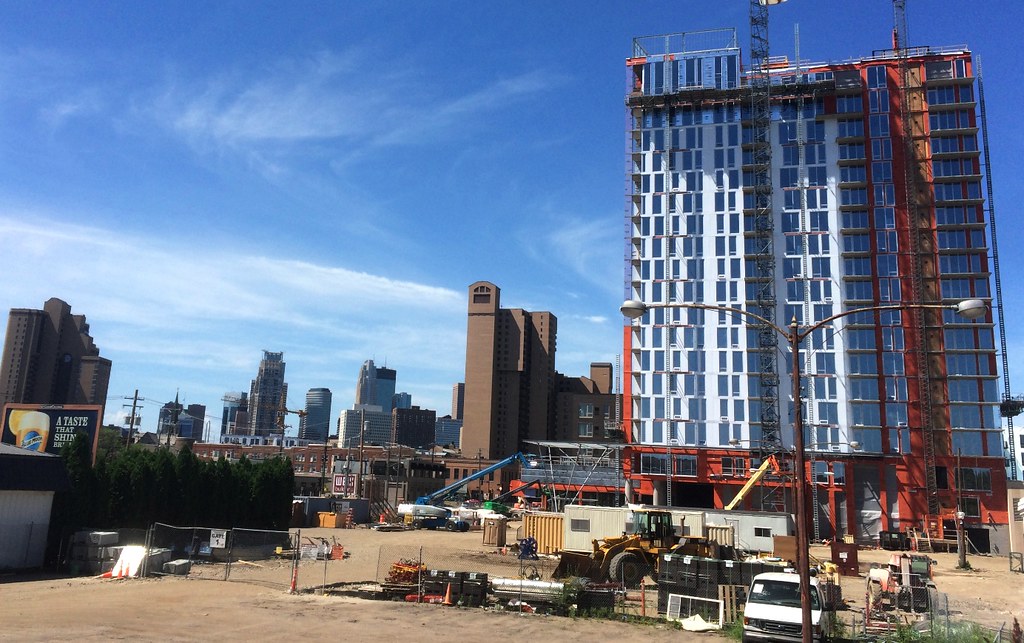 Speaking of views... I was down on the Stone Arch Bridge today just for fun and stopped and scanned around to see all the towers going up. Noticed these. Tried imagining the others back there like the General Mills site.

I noticed that Nord Haus is visible from the upper deck at Target Field yesterday. The panorama of towers will only get better.

With the angle that 1st Ave NE is set on, the phase II tower should have good views.


I can't really tell from this angle, but won't the new US Bank/Mortenson building block a good portion of the view from Phase 2?

I think you're right on that one. The 333 Hennepin building will be directly south, cutting into that sight line.

As soon as it gets built it’s residents get “view-seniority”, it’s how cities work.

I'll grab this angle in one year and compare. 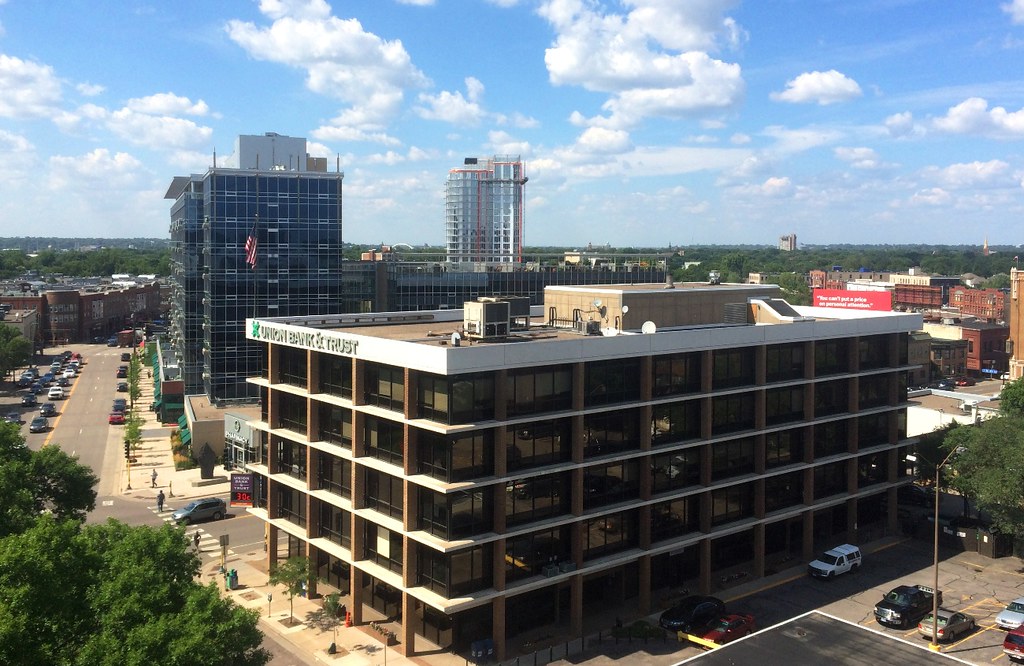 For you out-of-towners, here is the lighting scheme tonight. 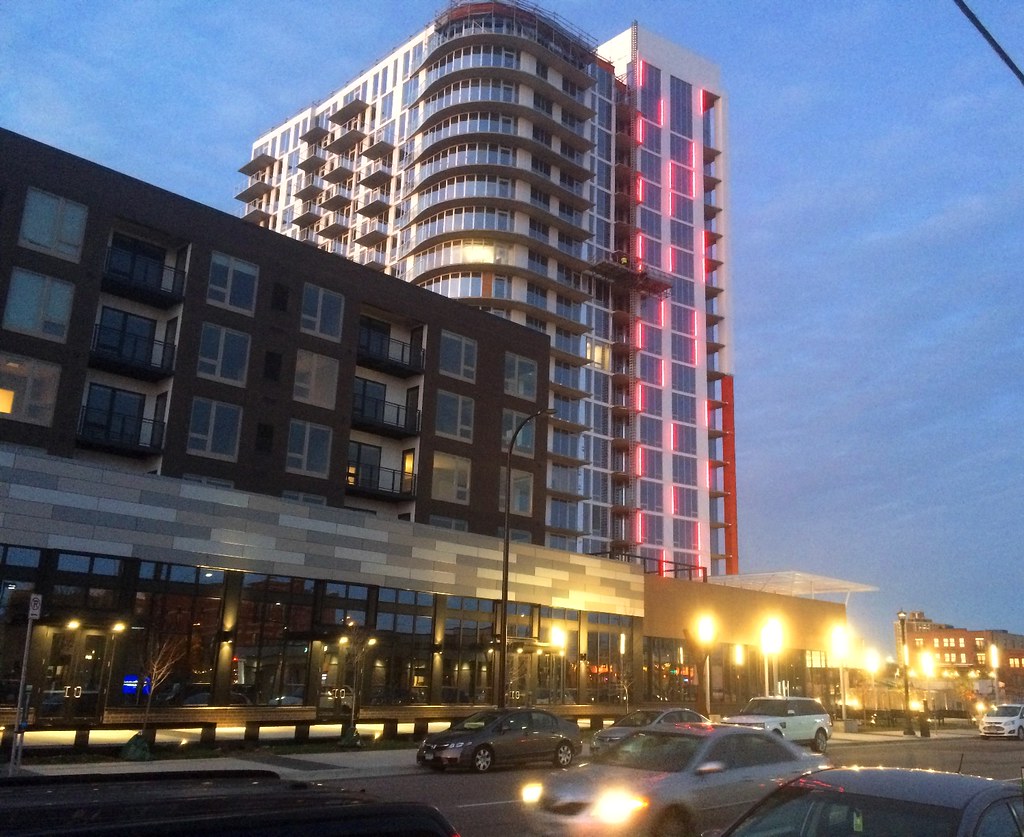 I was surprised to see this tonight! Was this lighting ever published in the documents? It looks great from i35

I also noticed there will be lighting sort of like this, but horizontally on some of the balconies at 365 Nic. It is also on their newer on site renderings, but I don't recall seeing the lighting scheme on previous ones.

Some friends that live in the Cobalt building were complaining about the lights, I gave them an "ahhh ummm yeahhh sucks..." while thinking in my head, Looks great!

The lights were green this morning when I passed by. Red looks better.

I'm pretty sure the lights were rotating through many colors when I was on Hennepin Friday night. I thought the lights looked really cool and made the building even more visually interesting.

It gets so dark here in the winter... I would love to see lights on more buildings - especially now that they have such energy efficient options... When you look at many of the new asian skylines the lighting is incredible... Shanghai is awesome!
Post Reply
618 posts