Expo, NordHaus phase 2, and the new building on Central stand out in this shot. 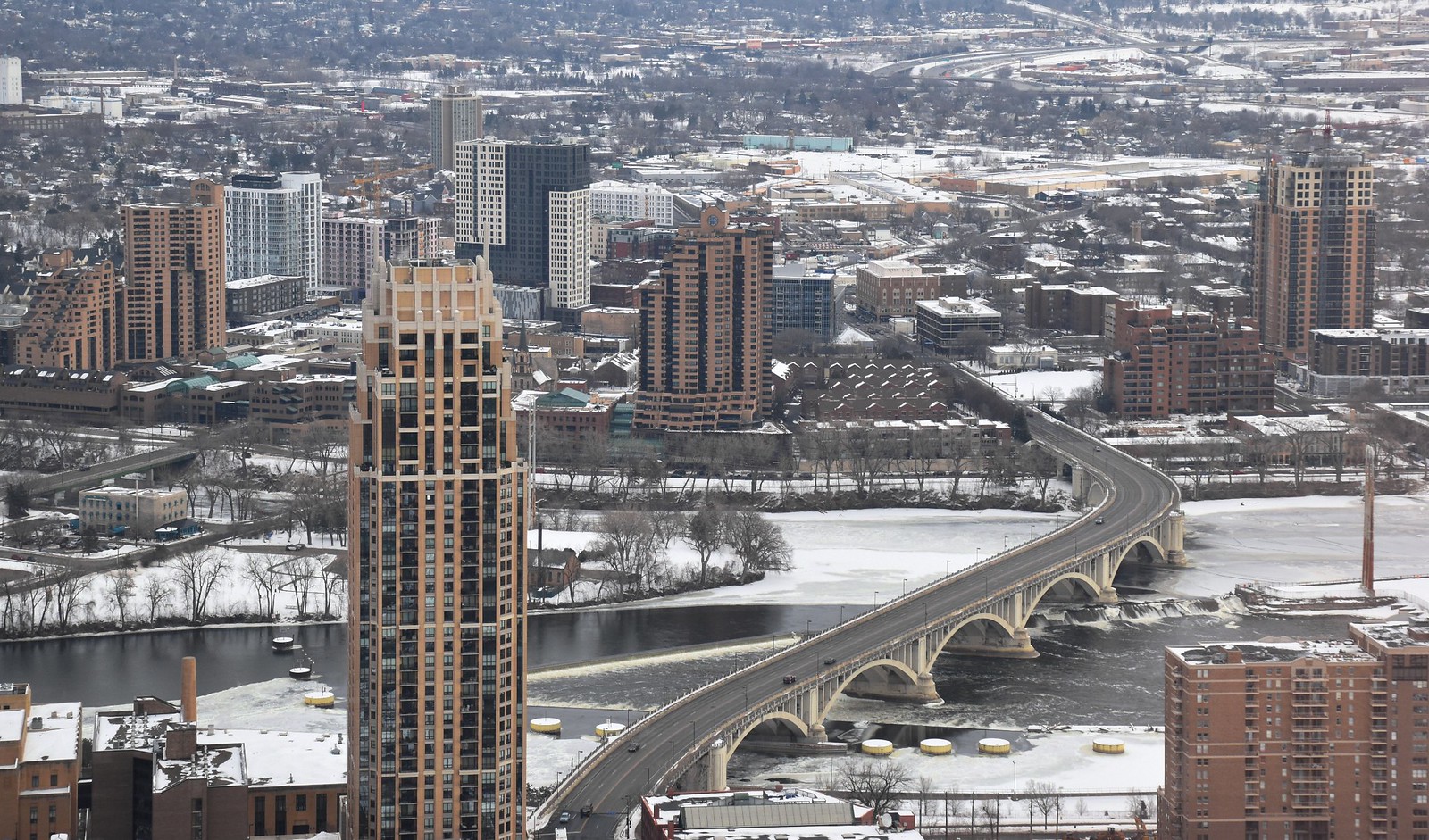 Thanks for the photo postings today, Matt. Were you on the Wells Fargo tower or the Capella? It really is astonishing how much these views have changed already and how much more they will be changing in the next year or two. I was out of the state from 2000 to 2011. There had been modest changes to the skyline in the span, but the changes in the last ten years are beyond imagination. So many parking lots have disappeared or are scheduled to disappear. One could wish for some true architectural gems in all of the more recent changes, but there are some decent looking additions in the lot and some good preservation work as well.

Thanks a lot. I did the big stair climb at Capella. Yeah, it is really fun to compare pictures even from a year or two ago. There is so much new construction and it is actually difficult from some angles to see the ground or an open lot.

I'm curious what is the story of the Xcel Energy land between 31st and St Anthony Blvd and the Mississippi? Is this a dump of some sort with coal ash? I was running past it recently and realized it was a nice chunk of lightly used river property. Looks like Xcel also owns the chunk of land on the north side of St Anthony Parkway across the street. The county has the owner down as Northern States Power. That must still be Xcel's legal name?

NSP was the local electricity provider that merged with several others in 1998 to form Xcel.

Right. Due to all the legal complexities of regulated utilities, NSP still exists as an entity within Xcel that officially does all the regulated utility stuff in Minnesota, and the Dakotas (and NSP-W does the same in Wisconsin and Michigan).

Both of those pieces of land were used for coal unloading and storage until the plant was converted over to natural gas in 2009 - I'm not sure what Xcel's plans for the land are. When they converted the High Bridge plant in St. Paul, the new plant was built on the coal storage yard, so it's not necessarily too polluted to build anything on.
Joey Senkyr
joey.senkyr@outlook.com

Xcel is the holding company that holds all the subsidiaries, which includes all the old utilities that did the mergers, Northern States Power was one of them. Looks like there are 6 main operating companies under Xcel.

And 23 companies if you include every subsidiary.

The 2040 plan has them as industrial with a trail along the river. A couple good places to add jobs,

Likely this will replace any current photo studio, right? Where is Target’s current studios?

Thought so. The speculative mind in me wonders if this is to get the Royalston-adjacent property ready for redevelopment with the station coming.

Wouldn't surprise me. It might also be consolidation - when my fiancée and I were getting engagement photos taken, we met the photographer at the building containing Falling Knife Brewing (formerly Northgate Brewing), where she was wrapping up a Target photo shoot in a rented(?) studio.
Joey Senkyr
joey.senkyr@outlook.com

Did we miss this one? 521 Main St replacing an 1880s duplex with a 29 unit apartment building. https://www.mynortheaster.com/news/apar ... plex-site/

They've requested a variance to place a transformer in the setback- so it's still moving.
Q. What, what? A. In da butt. 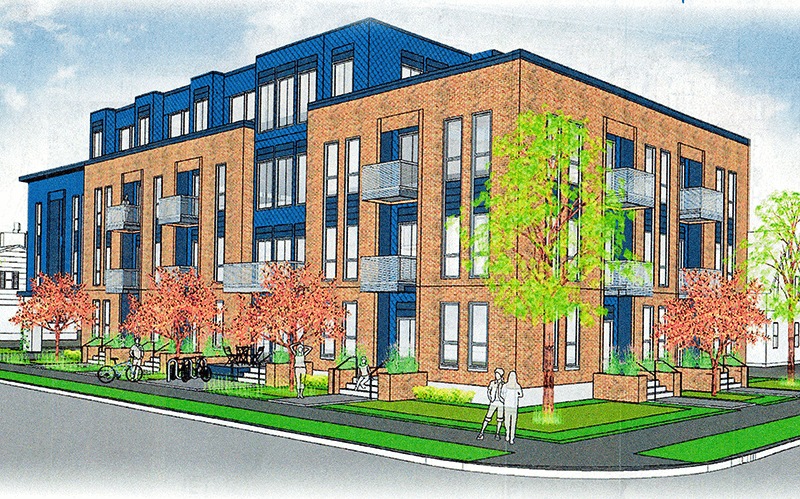 Shoring and other site work have begun on the new hotel at 2800 University Av SE. Nice to see some more construction activity along this eclectic stretch of University.

2800University11.12.20.jpg
You do not have the required permissions to view the files attached to this post.
"That rug really tied the room together, did it not?" -Walter Sobchak

Couple of new proposals for Northeast coming to next week's CoW.

At Lowry and 2nd, across the street from the approved-but-never-started Red Cow Brewery, Perkins Levin is proposing a six-story, 190-unit apartment building, with walkout units on the 2nd St side, and a coworking space and fitness center fronting Lowry. Not including a small commercial space seems like a miss in this burgeoning node, but there's plenty of underused lots around still. It's fine. 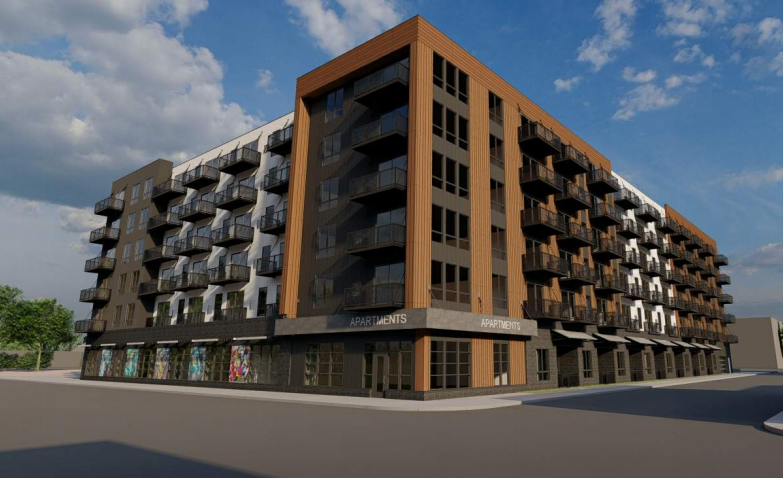 Meanwhile, up at Marshall St and St. Anthony Parkway, Xcel would like to pull an office building straight out of 70's suburbia and plop it on the parkway. This would replace the decaying office building at the Chestnut Service Center down behind the Basilica, and fufill Xcel's long-held dream of having all of the control centers in one place. Pretty disappointing site plan though. I'm resigned to the amount of parking - the 11 is only half-hourly this far north, and it's more than a mile to Lowry and the (also half-hourly) 32, but I'm hoping the CPC can push back on the "moat of parking" effect. At the very least, the MPRB should deny the new curb cut to the parkway - if Xcel really thinks they need a parkway driveway they can use the existing one closer to Marshall. 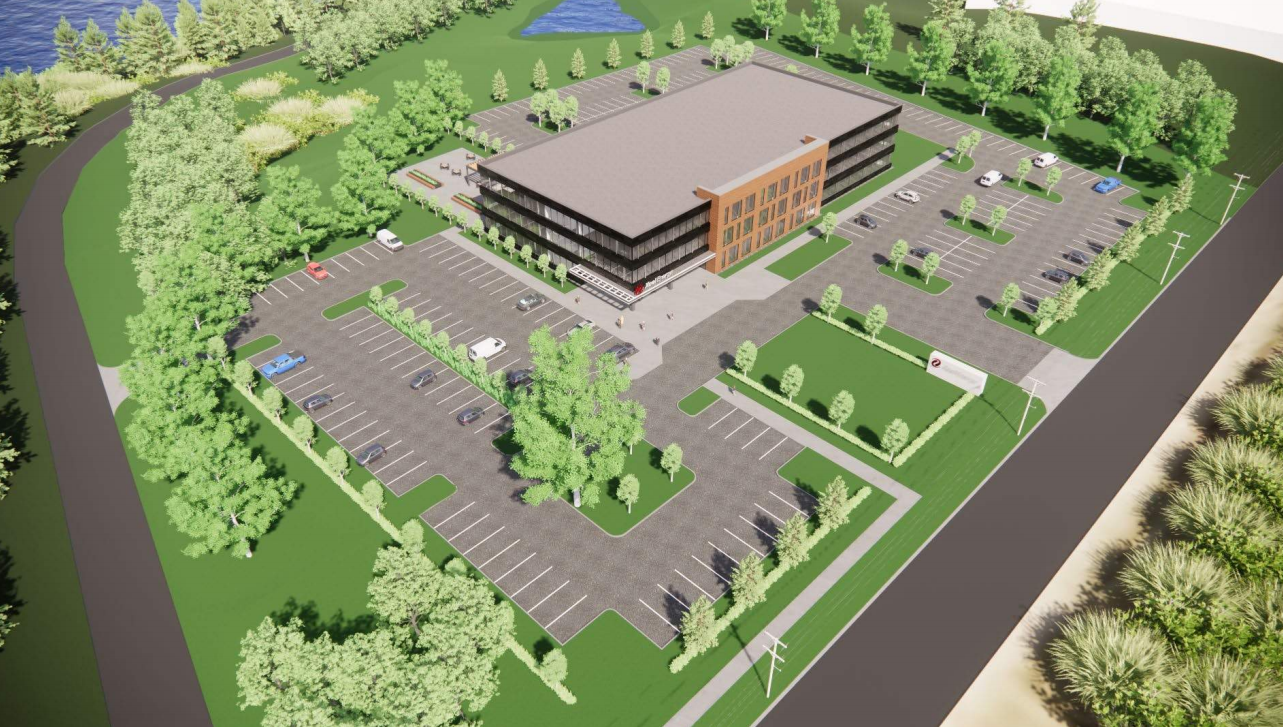 Maybe they can make the parking more like the Broadway Pizza proposal? Is mixed use possible? This would be a nice place to live along the river. The parking moat is terrible.

Wow, that's shockingly terrible and kind of surprising. While it's understandable that good urbanism isn't likely for this location, this seems like the sort of thing that the city hasn't approved in a couple decades. I hope the city is confident enough right now to say no to that specific proposal and it gets modified to make better use of its lot.
Post Reply
860 posts