As expected, the appeal passed the full council unanimously.

Developers intend to begin construction as soon as this fall, though the council must still provide final approval on the land-use plans for the site.

That sentence deserves closer attention - this project has not been granted final land use approvals yet, only the "certificate of appropriateness" to build in the historic district has been approved.

The finalized site plan review application must still be approved by the Planning Commission (which will almost certainly approve). I don't know why Alatus is taking so long to get those final applications in for Planning Commission review...they could have been moving through both processes simultaneously, so I'm guessing the finalized designs just aren't ready yet. The problem is that the anti-everything crowd will still get one last chance to fight this project (by appealing the eventual Planning Commission decision to approve), lengthening the timeline even further, even though they have already lost...

As far as I can tell from the city website, Alatus has not applied for anything other than the Certificate of Appropriateness yet: http://apps.ci.minneapolis.mn.us/PIApp/ ... 2924130154

Maybe we already knew this, but it's nice to see flat parking levels to allow conversion to non-parking uses mentioned.
Joey Senkyr
joey.senkyr@outlook.com

Hey, I suggested that at a neighborhood Z+P meeting!

Ok Nick, what was the verdict?

That was just the Committee of the Whole meeting. Next Planning Commission meeting is Monday, July 18. I assume it will be on that agenda, unless the CoW sent it back with any major revisions that they couldn't complete in 3 weeks. That would mark the final approval, unless appealed, in which case it will have to go to City Council again to deny that appeal. Assuming it does get appealed, probably looking at mid-August for the final, final approval.

Maybe by then the world will be on fire and it'll get pushed again. 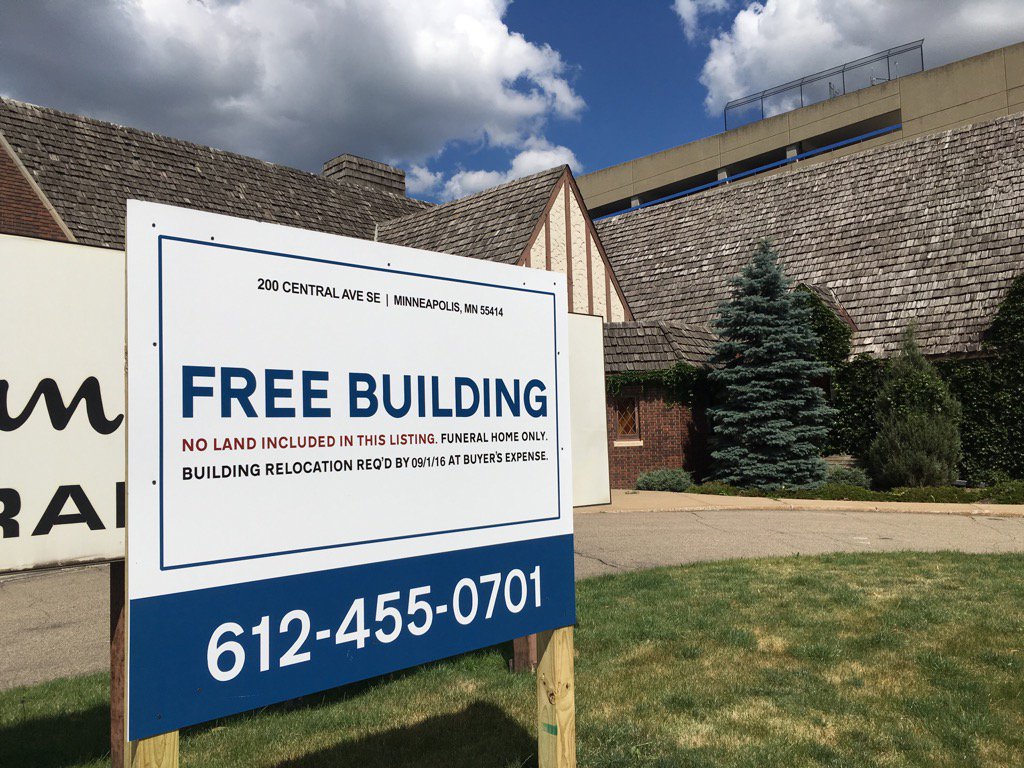 Can I go in and salvage what I'd like in the meantime:)

Alatus has (finally) submitted land use applications for this project, starting the 60-day 'clock' for the city to make a decision. They need a CUP, 3 variances, and Site Plan approval. Unless appealed, Planning Commission approval would be final. Given the pushback we saw last month at the HPC, it seems pretty likely to be appealed, even though the council will (again) approve this unanimously.

Planning Commission to review on Monday. Recommendation to approve. 483 feet.

Thumbs up to the one letter writer who is all for growth and development, but not if it requires height variances. His address shows him to live in the Condos above Lund's, which is in the same C2 district and hence must have received the same variance.
Joey Senkyr
joey.senkyr@outlook.com

That's not what he said...he said smaller, but still large in scale would be appropriate. Personally, I think it looks fine for the most part.

I didn't think we had reached the end of the waiting period...wasn't it 90 days?

Thought it was 60? Thought the council shortened it from whatever the HPC initially said.

Oh yeah! That would be correct then, from July 29th.

This passed the CPC tonight, so it's good to go unless appealed, which no doubt will be filed the very minute the appropriate office opens this morning.
Joey Senkyr
joey.senkyr@outlook.com
Locked
898 posts