Minneapolis did well in this look at best commutes.

Okay, we did surprisingly really well in the transit commuting measures. Unsurprisingly well for the car commuting though. But will this get daylight in the StarTribune or Pioneer Press?

That's interesting to see. I wonder why our transit commutes are so short. I'm guessing a combination of relatively compact local service and extensive express service that doesn't face much congestion on highways (and can use shoulders to pass)?

LOL
Worst cities to live in for each state
https://www.usatoday.com/story/money/20 ... ery-state/ 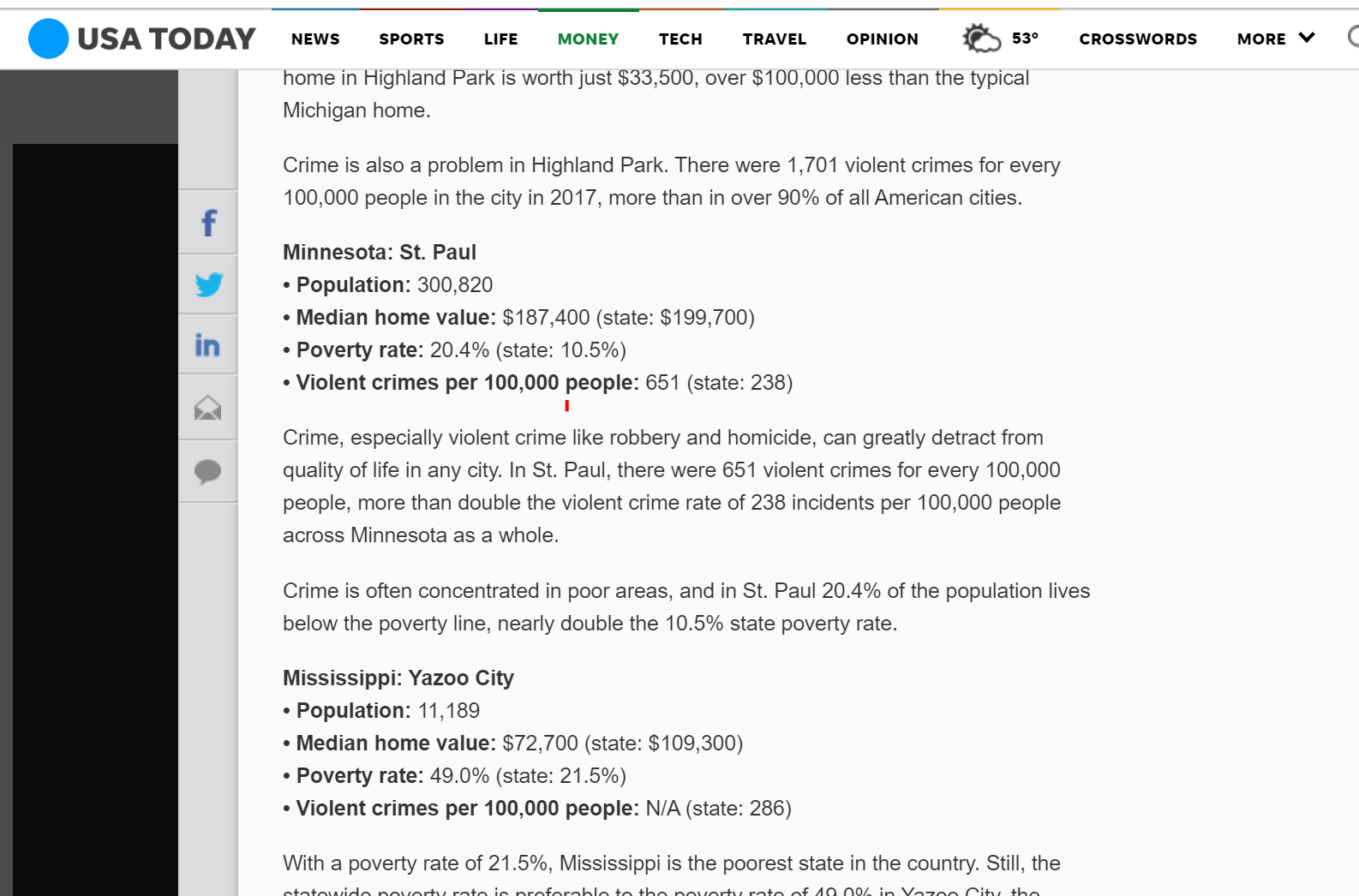 "Officials with the trust say movement in the top spots shows that cities, including Washington, D.C., have been stepping up their parks game in response to the rankings. They also point out that more people now live in Minneapolis, which can push down the number of people in the city near parks and the per-capita park spending. The Metropolitan Council this week said the population had grown by more than 46,000 in the last eight years."

Minnesota ranked 3rd best state to live in, after Vermont and Hawaii.

Low rating for attractions. But so was Montana... huh.

I think that just means we don't have a lot of traditional touristy stuff like historical sites, entertainment districts, really famous museums, amusement parks, etc. After all, our top tourist site is a mall.

How Minneapolis Freed Itself From the Stranglehold of Single-Family Homes
Desperate to build more housing, the city just rewrote its decades-old zoning rules.

I actually agree with most of this list from my travel experience, especially the top 10. TX, SC, and TN all seemed incredibly friendly from my experience.

I guess this should go here. As a native Minneapolitan I want to give some love to St. Paulites and say this is poor form on the buisness journal staff. Nothing like listing the location as Minneapolis when talking about a site in St. Paul.
Screen Shot 2019-10-01 at 12.48.29 PM.png
You do not have the required permissions to view the files attached to this post.

So I'll grant I'm giving them a huge benefit of the doubt, but the location in the lede would be where the disclosure occurred, not where the site will be developed. So if the developer disclosed more details in Minneapolis, then it's correct.

Heads up: the Congress for New Urbanism's multi-day annual conference is being held in town this coming June 10-13.

http://mspmag.com/arts-and-culture/boo ... -memorial/
I am very proud that our city is home to this.

COVID discussion was moved to viewtopic.php?f=6&t=4571

While the TCF name survived the merger with Chemical Bank and HQ move to Detroit, it wasn’t for long. Another merger, this time with Huntington Bank (of Columbus OH), means the TCF name will disappear. https://www.freep.com/story/money/perso ... 529409002/

In addition to the bank branches getting rebranded, this also means a name change for TCF Bank Stadium. Wonder how much longer that naming rights deal goes...

According to the Pioneer Press, the naming rights deal lasts through 2030, and the name "will become Huntington over time"(???)
Joey Senkyr
joey.senkyr@outlook.com

Wallethub rankings for 2021 best states to raise a family.