I had assumed the bike path would be at sidewalk level, though I guess it doesn't really matter for safety here. Cost cutting? The layout given to the media doesn't really indicate one way or another, though I'll note it doesn't have the little ramps indicated for the Park Ave lane.

Yep, forgot that lane was being turned into a two-way cycletrack. It makes sense they decided to keep the existing curb/gutter and concrete lane, rather than spend the money to rebuild that. Hopefully they a) put sticks or a fence along the LRT edge, and b) install an eastbound traffic/bike signal at these three stoplights along 5th, else you have the problem of biking with only the ped signal to tell you if the light is green (which is not ideal).

The other interesting thing is that at 5th Ave, when car traffic gets a green, it also has a right green arrow. So I guess bicyclists will get a green when the light rail does?

I had assumed the bike path would be at sidewalk level, though I guess it doesn't really matter for safety here. Cost cutting? The layout given to the media doesn't really indicate one way or another, though I'll note it doesn't have the little ramps indicated for the Park Ave lane.


Why would you assume that? Seems like a better idea to keep the bike lane at the same level and not having to go up and down at both intersections. Plus a level bike lane with the sidewalk would only further encourage pedestrians to walk in the bike path closer to the railroad tracks. Seems like a silly idea, spending money to decrease safety and division of transit modes.

Of course I'm assuming the darker map is the black fense such as the style they used to heavily in the Midway.

Because that's the model established by the lane on Park and Portland (which will be at sidewalk level), and the trail east of Chicago; and because the pavement in the map appears identical in color to those. But again, I don't think it makes any difference here.

Noticed they were installing bike racks today along 4th street side of the park. I recall someone questioning a few pages back whether there would be any.

Yes! Then I personally asked someone who's with Ryan at a DMNA meeting. They said they were trying to find a location to put them and I made a few suggestions.

What suggestions did you give? 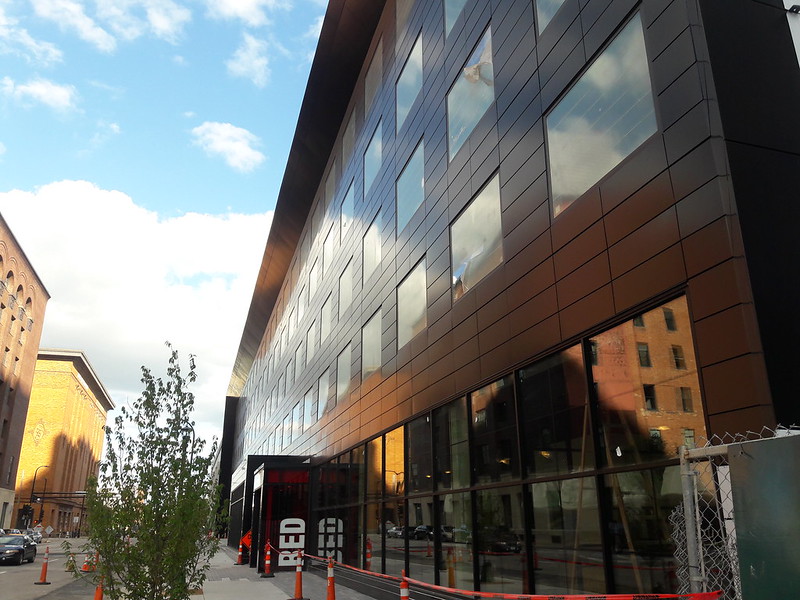 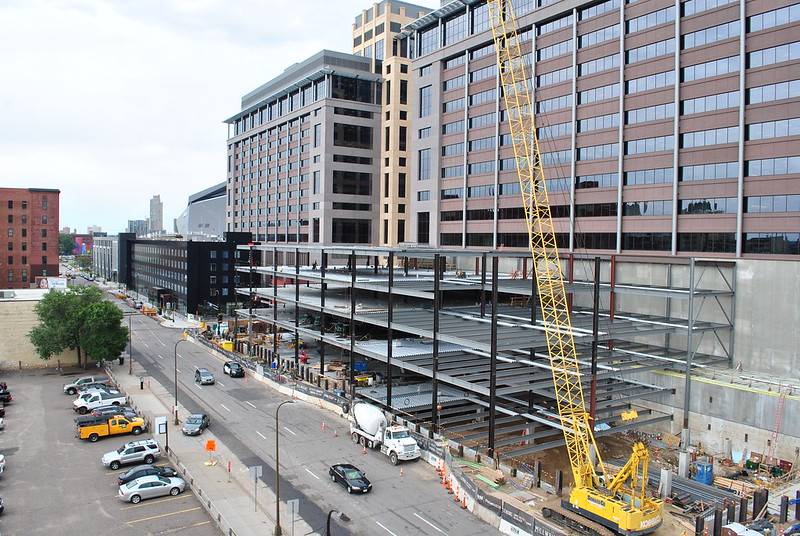 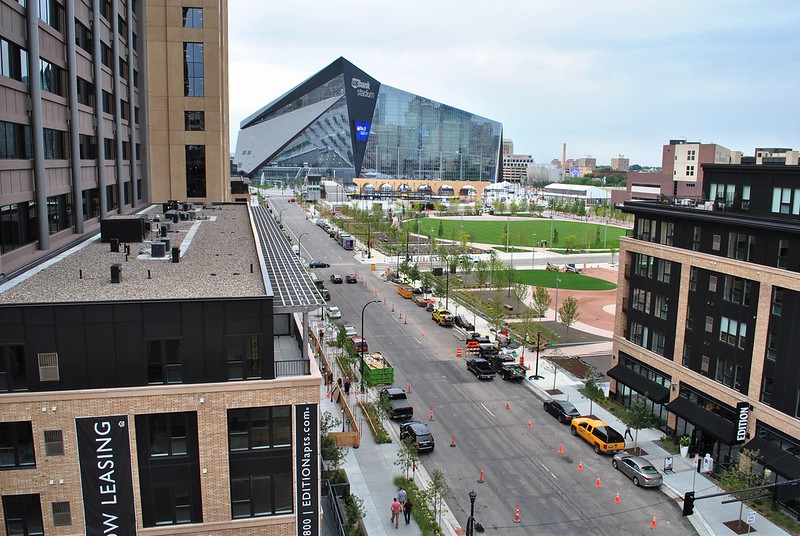 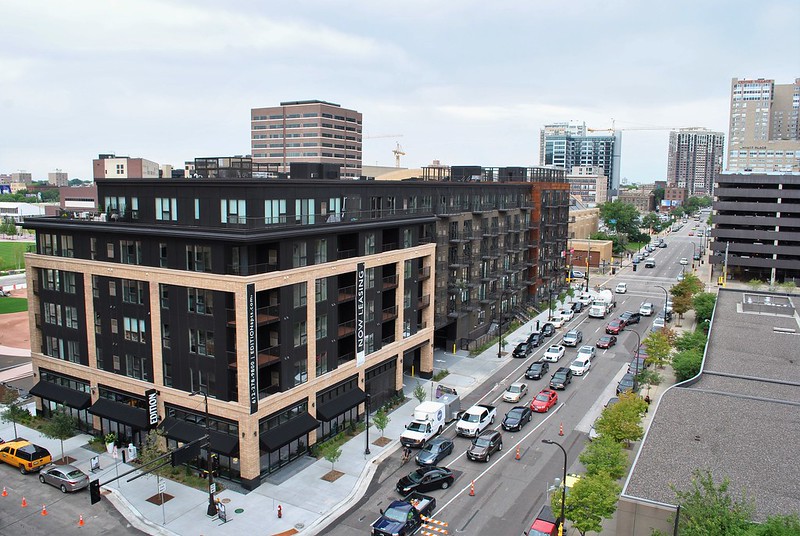 1. So why do we get curb extensions here, but not everywhere else in the city where they're getting federal funds to redo curb cuts and ADA-compatible traffic signals? So much concrete work, such a missed opportunity.
2. The Edition looks pretty sharp. Especially that northern block, with the large openings made by the light brick.
3. I wonder if a particular "large office user who I shall not name" will end up picking up more space, either in the Millwright building or on the Liner Tower.

FYI DiBrian's deli is quietly building out a space in the skyway level of the 600 tower. Still, I'd say there is a severe lack of lunch infrastructure on this end of town relative to the large number of people working over here now. Thank god for food trucks and the few who make the trek over. If any fast food franchise owners are reading this, you'd make an absolute killing if you opened up in the skyways or street level anywhere south of 3rd street.

I thought Ryan companies was taking a big chunk of millwright?

I think they're taking the top two floors, maybe?

Edit: lower floors, according to their press release. Looks like the basement, 1st and 2nd floors.
Joey Senkyr
joey.senkyr@outlook.com

Millwright is "topping off" today. Saw the Christmas tree being lifted up this morning.

The Red, even though it's really just a big black box, looked kinda nice as I went by this morning.

Millwright is "topping off" today. Saw the Christmas tree being lifted up this morning.

Evergreen/coniferous/pine/balsam/spruce. Anything but Christmas. A tree is not a Christmas tree outside of religious uses.