Yeah, I think the early October date, at least, is a mistake. Next spring, maybe?
Joey Senkyr
joey.senkyr@outlook.com

According to the most recent DMNA agenda, Hibachi Daruma will be making the leap from a food truck to... a street level space! With a sidewalk café!

They'll be taking the old Bombay Bistro space at 820 Marquette Avenue. Not sure exactly how well sidewalk seating will work up against the express bus loading zones, but we'll see.
Joey Senkyr
joey.senkyr@outlook.com

And, on the opposite corner of that block: 801 Steakhouse to open in former BN space. Not as good as having a full-range bookstore downtown was, but it fills one of the big empty spaces on Nicollet.
Joey Senkyr
joey.senkyr@outlook.com

How much steak can one town eat?

The deal is a big win for Nicollet Mall, which is still recovering from a three-years-long reconstruction project that played a role in ushering out several retailers and restaurants.

I still don't get why so many TC journos love saying it was the construction that killed Nicollet. Not big un-split retail spaces and the 3-4+ private office space that have leased out space.

There are four well established, very expensive steakhouses within a few blocks of this new restaurant. Not sure if they will all be sustainable long term. Sure wish the landlords along Nicollet Mall would try to attract more diverse retail than just restaurants. I'm hoping at least The Daytons Project will bring in some new blood.

As for the rest of us... a CBD bookstore and movie theater sure would be nice. Oh well.

New bar/restaurant concept moving into the ground floor of one of the new Wells Fargo towers.

The "Restaurant Space For Lease" sign is down and there is now a coming soon sign! Although, still don't see how this opens its doors in 2018 (per their website and the article), considering the the space is still a dirt floor... 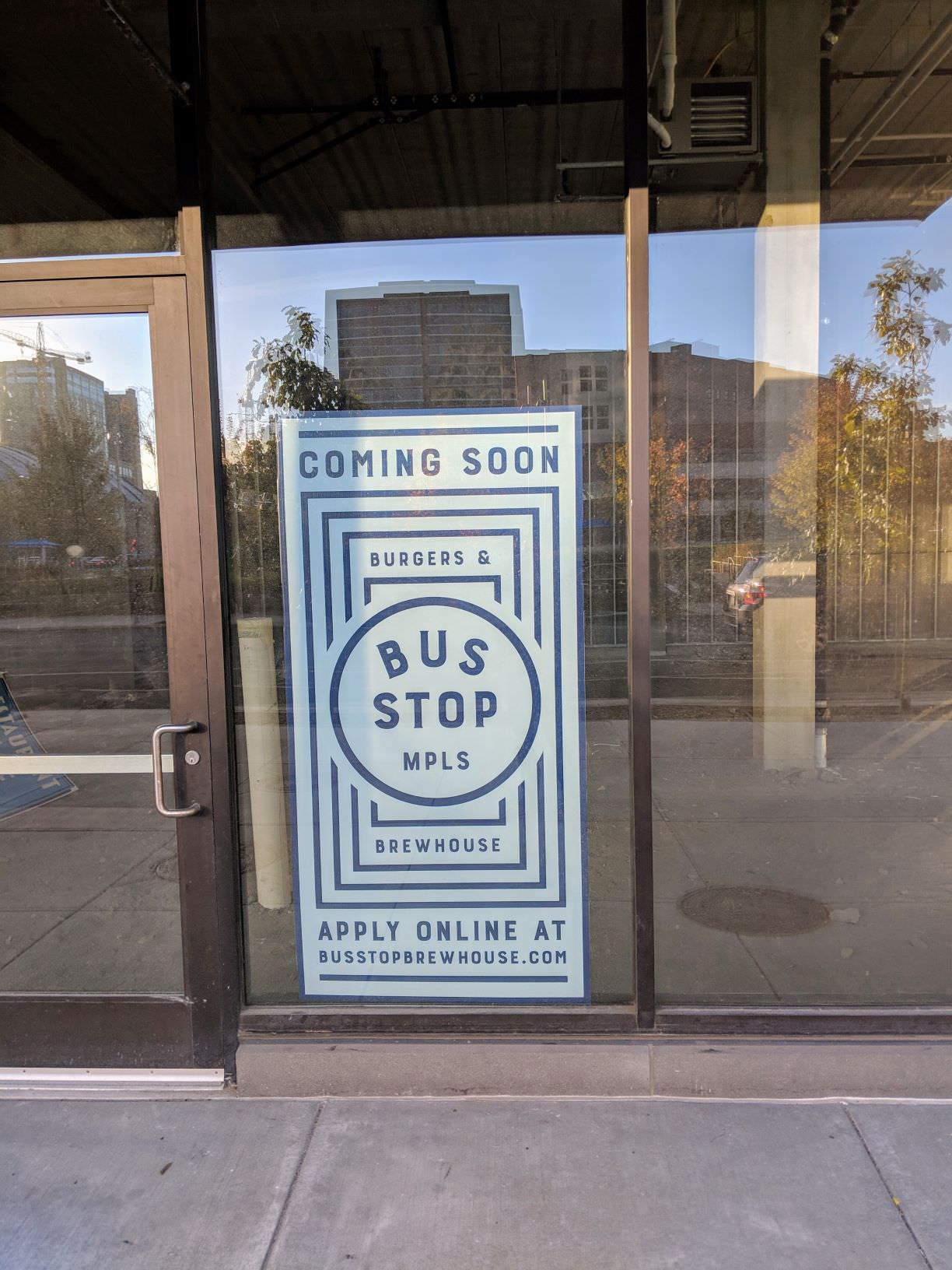 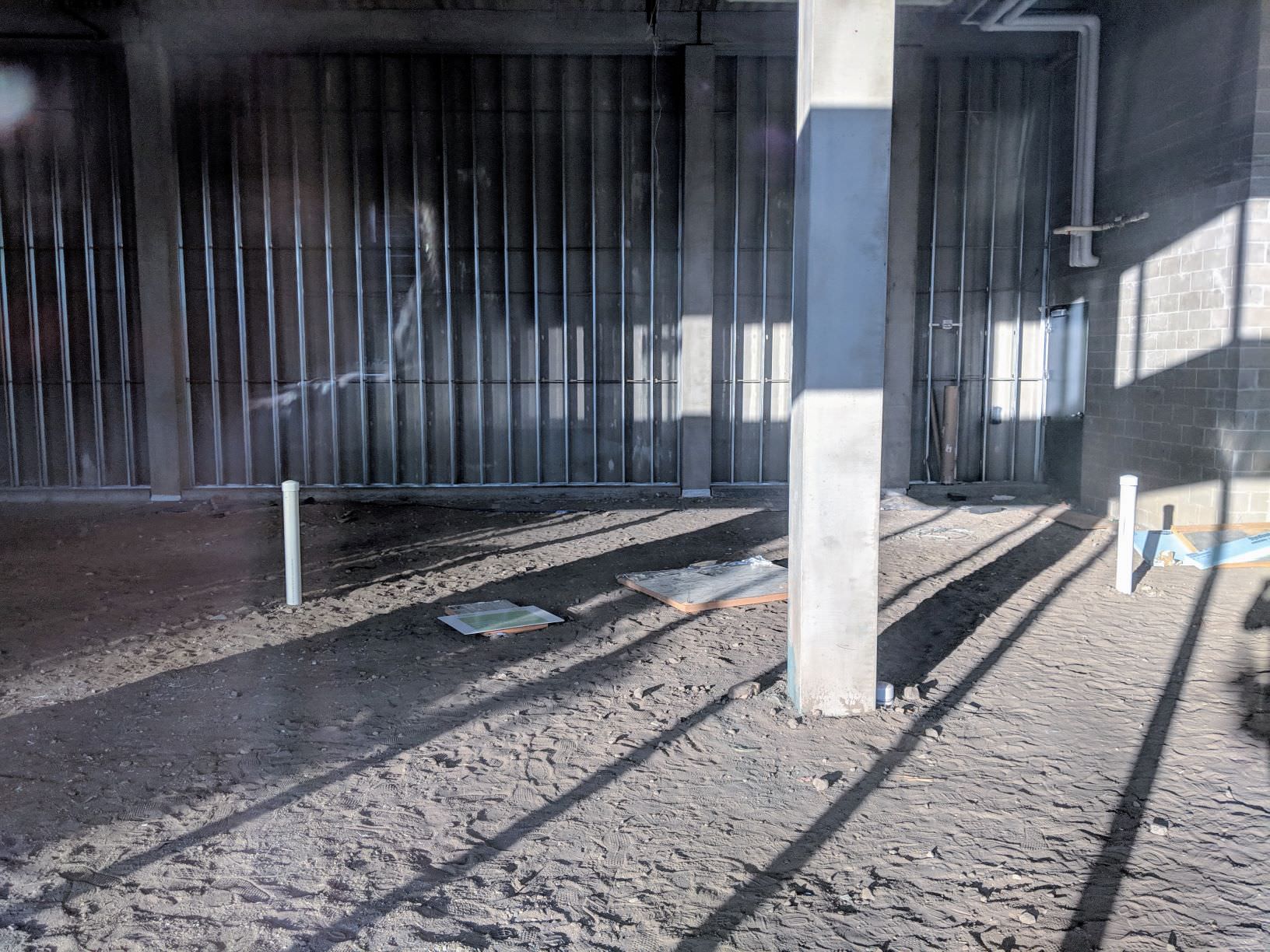 Great to see! I was also suspicious of that article - that would have been a tight construction period even if they had just been renovating an existing restaurant space instead of building from scratch.
Joey Senkyr
joey.senkyr@outlook.com

The deal is a big win for Nicollet Mall, which is still recovering from a three-years-long reconstruction project that played a role in ushering out several retailers and restaurants.

I still don't get why so many TC journos love saying it was the construction that killed Nicollet. Not big un-split retail spaces and the 3-4+ private office space that have leased out space.

Store sales dictate which locations to downsize. So yea, a massive multi year construction project decreasing sales year after year can influence which locations to pull the plug on first. (A good case study is Kmart & Sears dealing with the same method and reasoning) So technically, your only half right, and people love using common sense and connecting all the dots for the full picture.

Hey buddy, my point is that many of those stores were already on the downhill for 5+ years. A retailer isn't going to determine a store should close based on a 2 year phase.

Tullibee in the Hewing Hotel is starting a new concept for Saturday nights called "The Grill at Tullibee" it runs from 11pm to 2am. Excited they're offering some good late night food!

Huh.. I had no idea this was happening at this location. Devil's Advocate moving into old Masa space. Opened last weekend!

edit: also open til 2am every night! That's great!

If memory serves, they had a pop-up in that space for the Super Bowl. Seems pretty bizarre that it took them almost a year to fit out a space that was already a modern, high-end restaurant.

The Strib on the closing of Arby’s making clear that downtown is a big chain fast food desert.

Arby’s may be trying to find a new place downtown.

Pretty disingenuous to make that map of "the biggest and cheapest fast food chains" and not include Subway, which has 6+ locations downtown.

I liked the article's dig on "healthy eating". I always laugh a bit when people say they are avoiding fast food because of that.