The lack of retail isn't the end of the world, but the ugly solid wall around the two sides of the block shown in the rendering is really not great. We can ask for better than that and not be unrealistic pie in the sky urbanists.

First off, hi, I'm new here. My friends always groan when I start talking about transit etc, so I think this forum will be a good outlet for me.

I rode downtown the other day to check out the new station, and I was deeply confused. It now appears that there are two stations next to each other now. Which one are you supposed to use? It seams that the trains are stopping at both. What's the deal with this? Are they going to dismantle the old station?

I am so confused.

Welcome to the board, MidwayLuke. If your friends can't stand your transit conversation, this is a great place for you. That's why I'm here.

As far as Target Field Station goes, it's... confusing. As you may know, the new platform was basically built as a transfer point for the future, when the Blue and Green Lines will extend to Brooklyn Center and Eden Prairie, and when the platform below will serve dozens of trains per day to Duluth and Rochester and Chicago etc. Having two platforms will allow for all kinds of exciting operational flexibility. Since none of that exists yet, though, the only real use for the two platforms is to allow Blue and Green trains to load at separate platforms with separate queues after Target Field events, avoiding the chaotic lineweaving disaster area that we'll likely see after Vikings Stadium events in a couple years. I, along with many people on here, assumed that they would close down the old platform when there wasn't an event going on, and force use of the new platform, but that hasn't happened, and, as you saw, the trains stop at both in quick succession. Which one should you use? Whichever you want. Are they going to dismantle the old station? No, though if a very localized disaster destroyed it, I would not expect it to be rebuilt.
Joey Senkyr
joey.senkyr@outlook.com

very cool. the station's design has proven a magnet for special events. i was unsure about this "open design" but it works well as a dual function transit stop and event space.

Have there been any events not of the "let's turn on the giant TV" variety?

Hey, when did they add a news ticker? They must have taken the one built in my mind for the StarTribune's Block E offices. 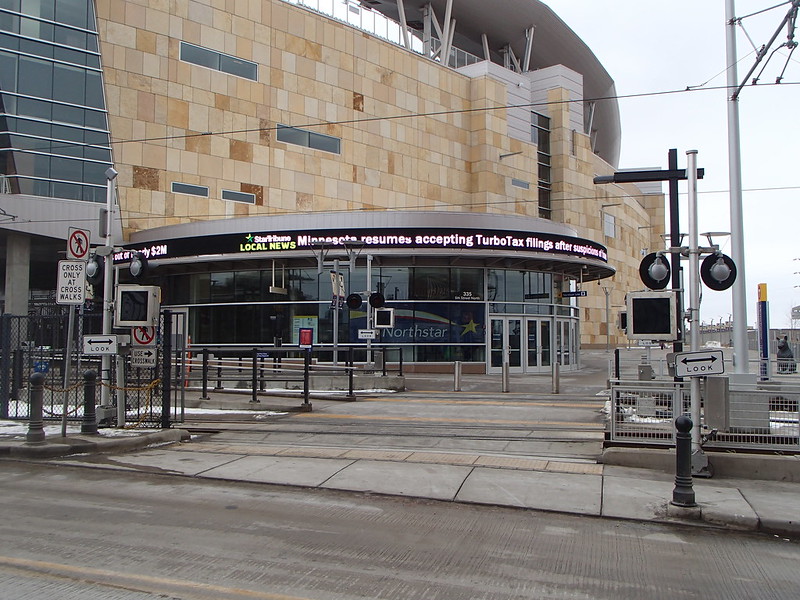 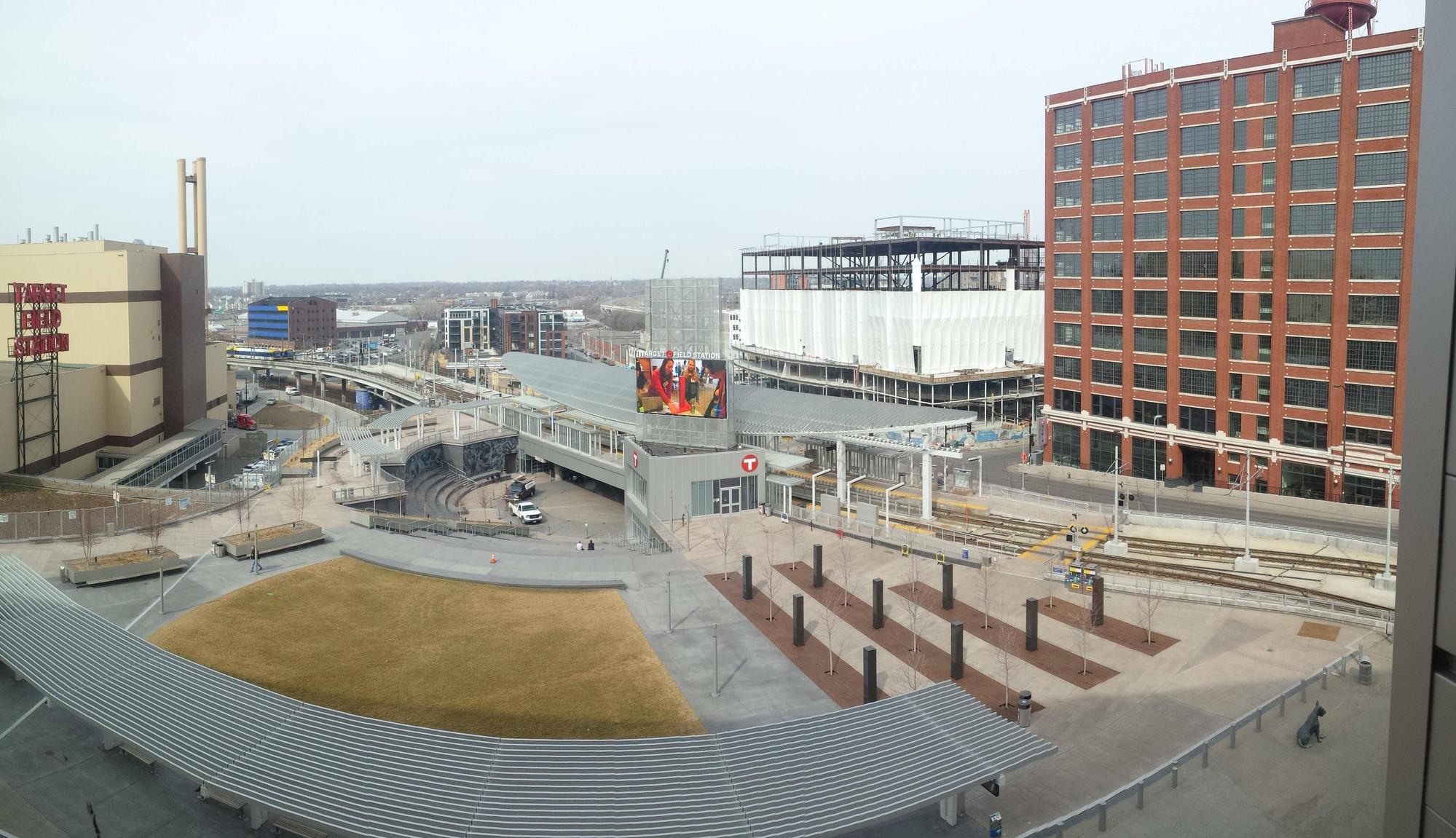 Good angle of it

From Twitter, it appears the Caribou parking is getting out of hand: 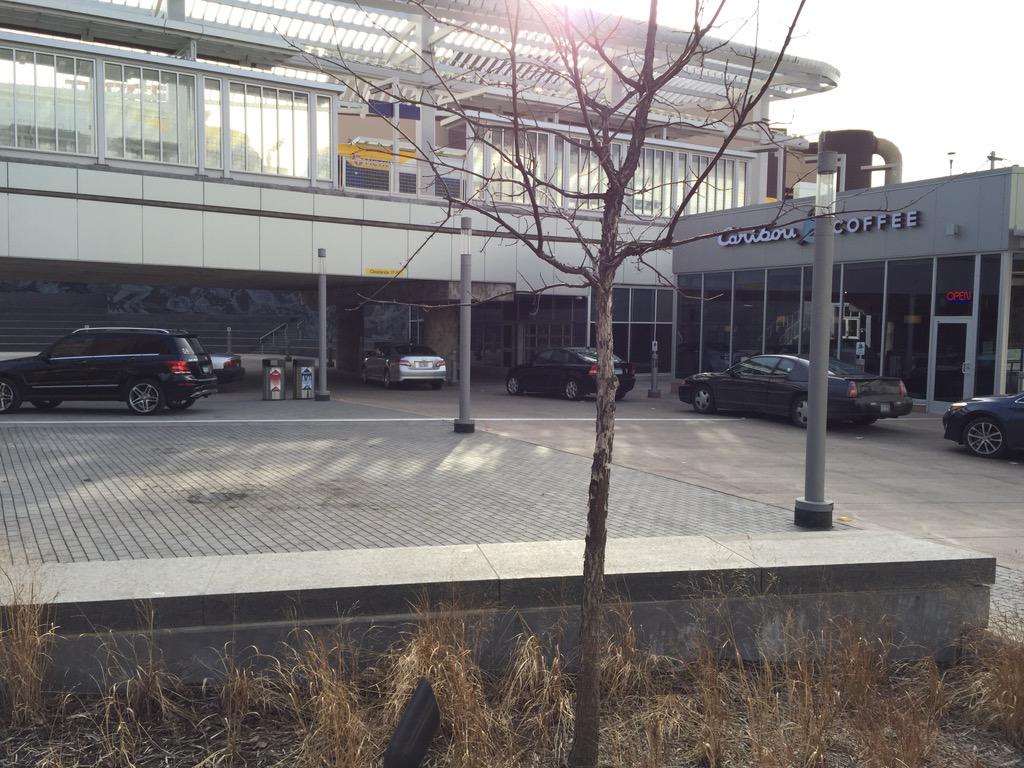 Anyone have any news about the new retail/restaurant space that was supposed to be added to Target Field Station? I know there is still that tiny empty space by Caribou. Hopefully with the new office buildings going up, this space will become more activated during the day time and evenings.

Public space being used actively. Also saw the USA women's final game here when they played Japan. It was packed with people AND bikes. Could tell most people either walked, biked or took light rail there. The city of getting denser!

That's so cool. Amazing what can happen when somebody takes the initiative and actually does some programming of public spaces.

Even Peavey plaza has been a little busy this year. Downtown Council is doing well on their programing.

How have the watch parties been there? I considered going for a Women's World Cup match but wasn't sure how good the views would be and what concessions would be like.

Couldn't find a Target Field thread, oddly...
There's a subscriber content only story in the Business Journal about Target Field's center field area getting a several million dollar makeover after the season ends. Here's an exurb:

..."Twins President Dave St. Peter said final designs are not complete, but a couple hundred seats will be removed directly above the Minneapolis ballpark's black wall in center field.

In their place will be seating with drink rails, “premium” standing room and new concessions options, St. Peter said. The move will result in an overall decline in seating, but an increase in fan capacity at Target Field.

“We think that’s an area we have the ability to make more attractive for fans,” he said. “We want to create another destination in the ballpark. The way you do that is through creating great sight lines, delivering signature food and beverage items that maybe you can’t get anywhere else in the ballpark, as well as a unique experience.”... I hope this doesn't end up anything like the recent Progressive Field renovations! Those are bad!

It won't be like that - this sounds more like the Great Clips(?) seats where the right field bleachers used to be just inside the plaza gate. Turn four $25 seats into a $150 table

The real problem with Progressive Fields reno was they went cheap and didn't tear out the risers above the concourse. Colorado did, and their renovation looks MUCH better
Urbanist in the north woods
Post Reply
1017 posts