Previously mentioned in the general thread, I've been watching the slooow progress of this project by the folks behind Forage & Brownsmith Restoration.

They've finally cleared the rubble of the old taco hell, leaving two walls standing. Foundations are now in, with the diner portion parallel to the sidewalk and the old structure to the rear. Permits have been pulled with the tenant listed as 'Hi-Lo Diner' . Still looking for submitted plans. Exciting!

I have some pictures I took a couple weeks back, but this just happened today...
https://instagram.com/p/58gDzHlPrJ/

I've been staring at that block wall for a while wondering why there's no construction... This is why. Exciting!

Here are a couple of pics from today 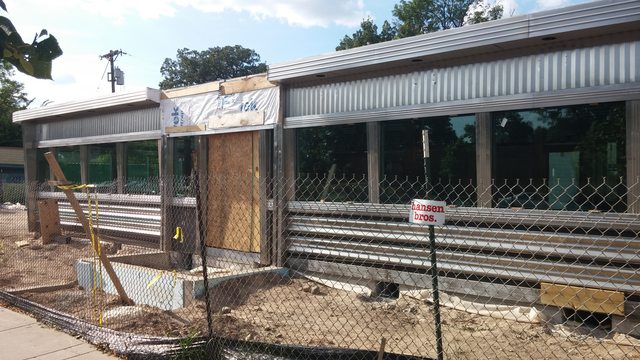 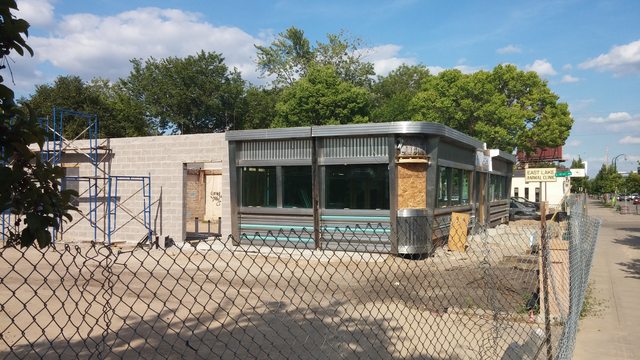 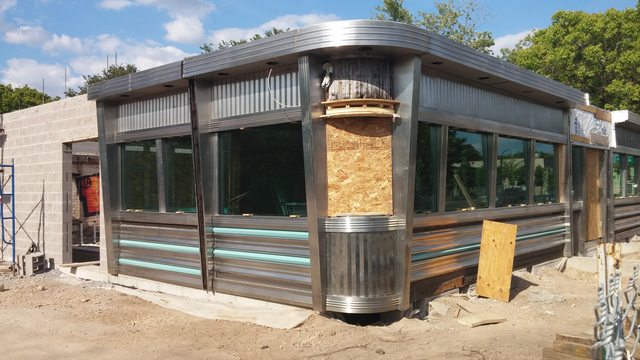 It is called renovation vs new construction. Sometimes it means that certain things are grandfathered into the old location that will help them that they would not get with a totally new building. Also for tax reasons too, you can save on your tax liabilities. if you are renovating vs new construction. Last I knew you only needed one old wall standing to count it as a renovation. They just have to incorporate part of the old building into the new construction and it is then considered a renovation. That may have changed since I last knew of these things. But either a wall or a percentage of the old building must be reused to get the tax and grandfathered bonuses as part of your plan.

Thanks for the explanation Wedgeguy, figured it was something like that.

Here's the webpage for the Hi-Lo Diner, http://www.hi-lo-diner.com/

I see that now. I was reading and rereading the Heavy Table article. If they are partnering with the Blue Door Pub guys, I wonder how many of the Blucy's they'll have on the menu.

Here it is lit up this evening. It really looks awesome! 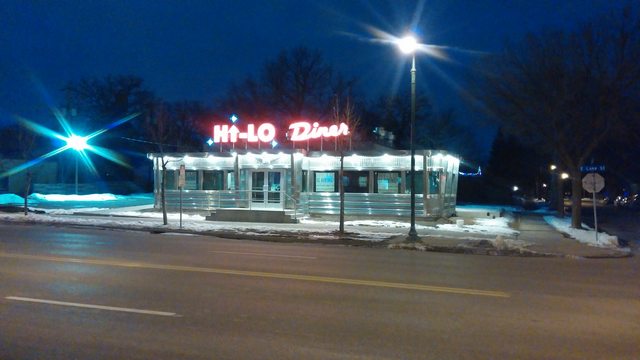 Some more details, hours, possible opening time period and menu items. I feel like this is going to be the crown jewel of Longfellow.