Never experienced a building taking down the construction fences and then telling people that they still can't be there at the same time. There isn't a ton of exterior working going on. It was also a Sunday. Idk, it's not really a big deal just struck me as surprising. I've been doing construction photography for over a year now and have only been asked to leave a site once.

I know this doesn't go here. Quick question though. Whats the name of the apartment building thats being constructed by the Riverside Plaza tower buildings? The cladding on that building is going up super super slow. Its seems to never change. You can see it on the vikings stadium webcam on the Aerial view.

That would be 515 on the Park, which opened a few months ago. It's supposed to look like that.
Joey Senkyr
joey.senkyr@outlook.com

That would be 515 on the Park, which opened a few months ago. It's supposed to look like that.

Oh ok, Looked unfinished to me from the webcam view. Thanks for the info.

Photo dump from 2 days ago: 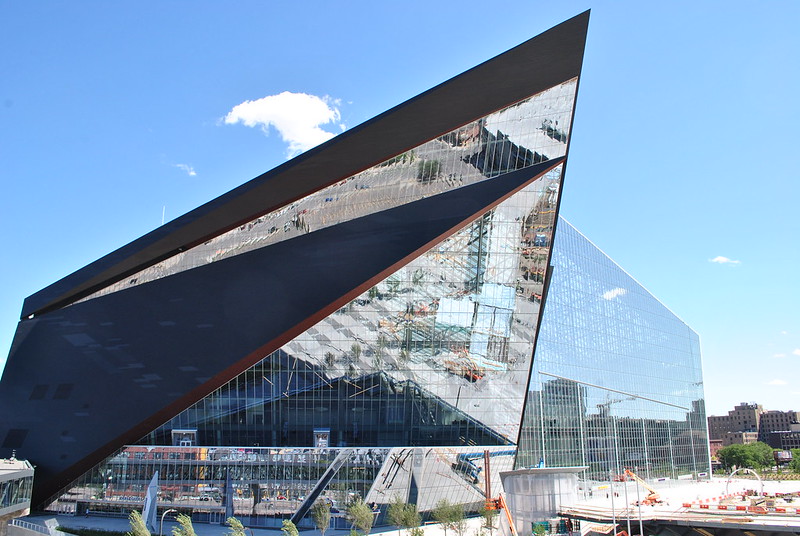 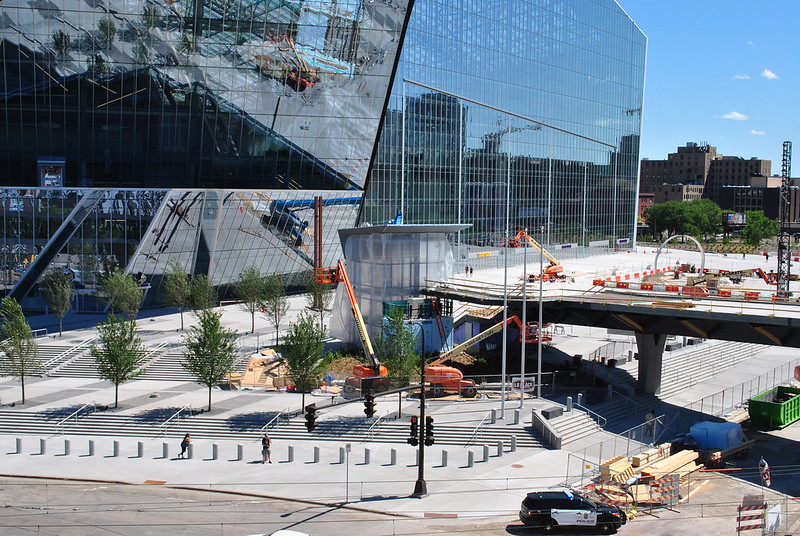 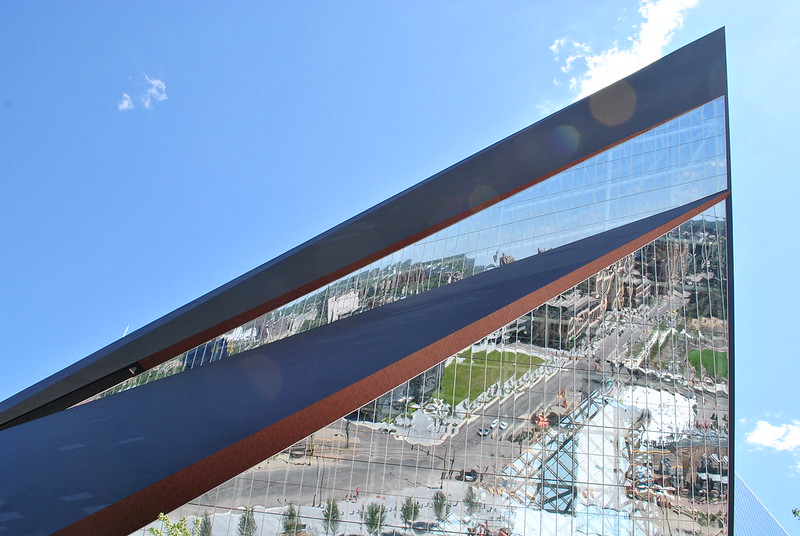 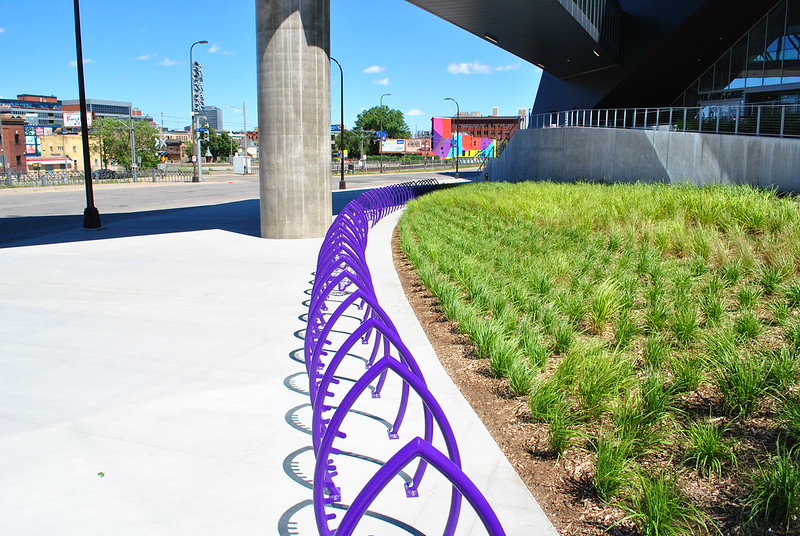 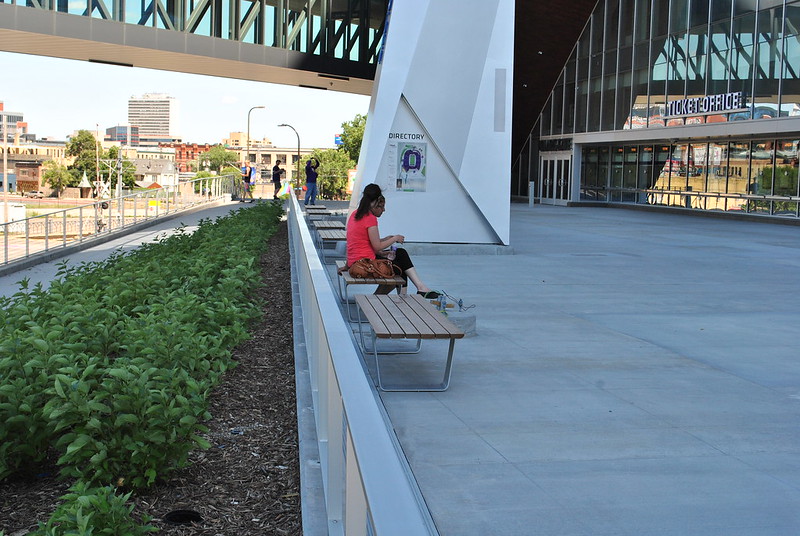 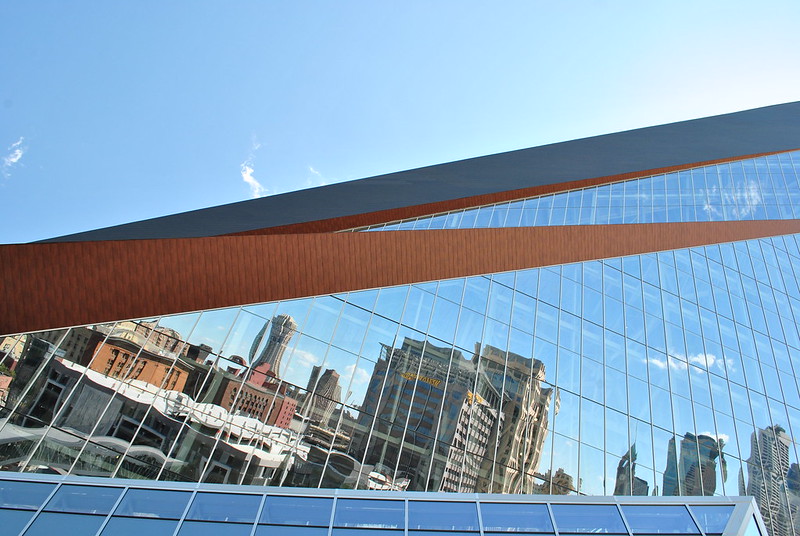 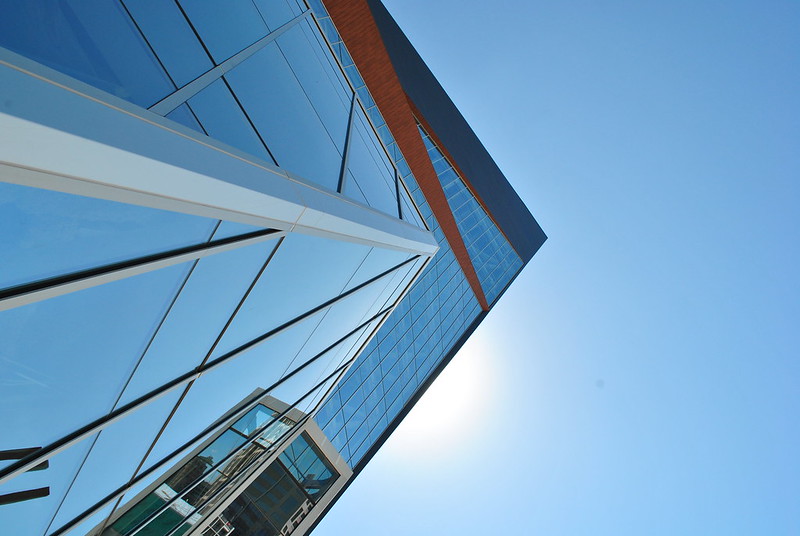 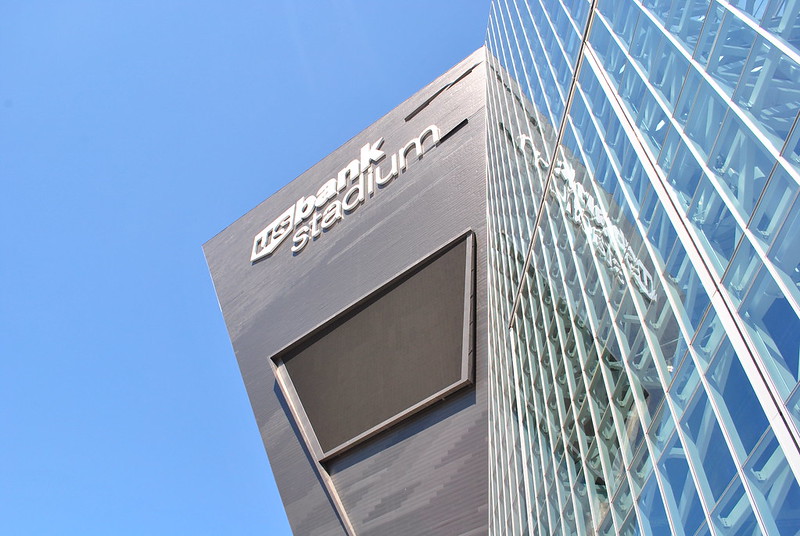 Lots of potential on this plaza was lost :/ 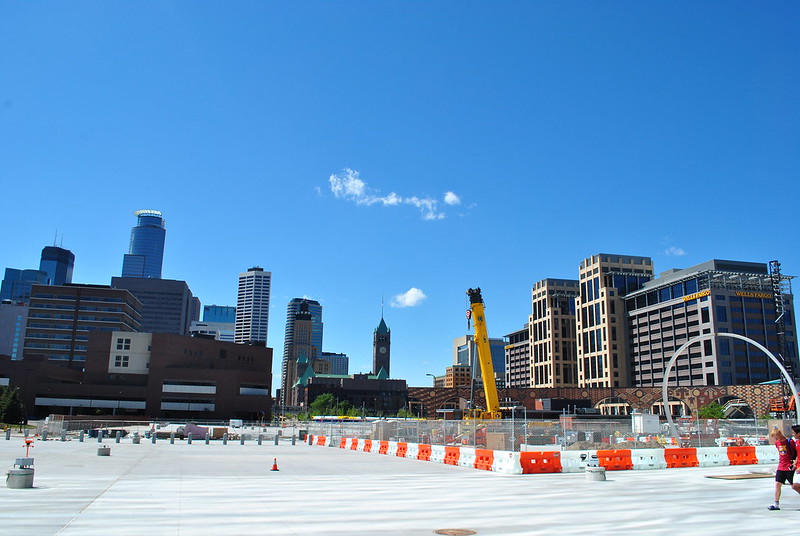 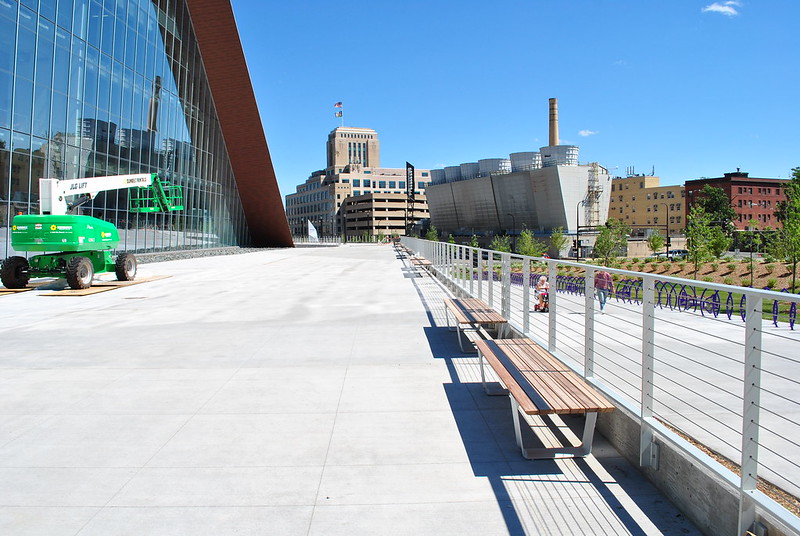 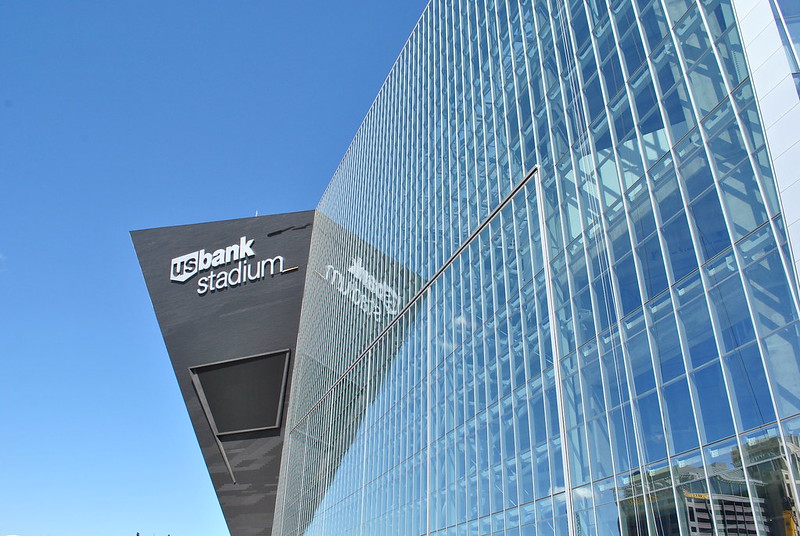 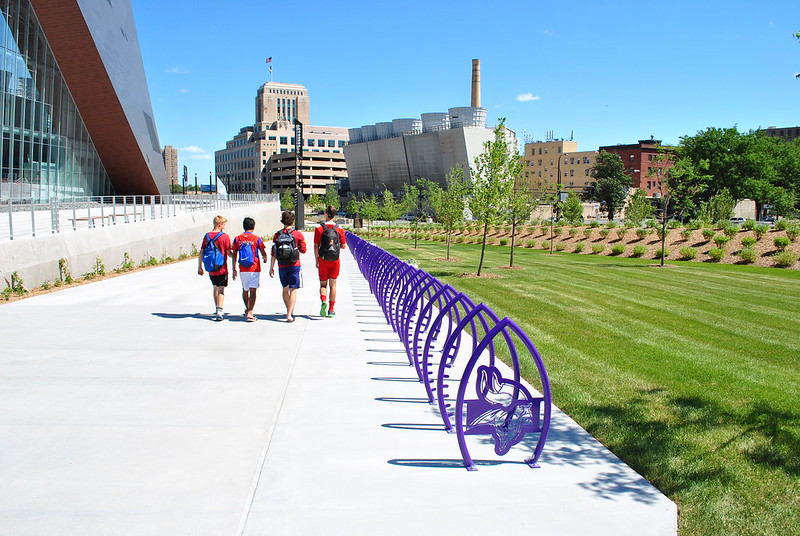 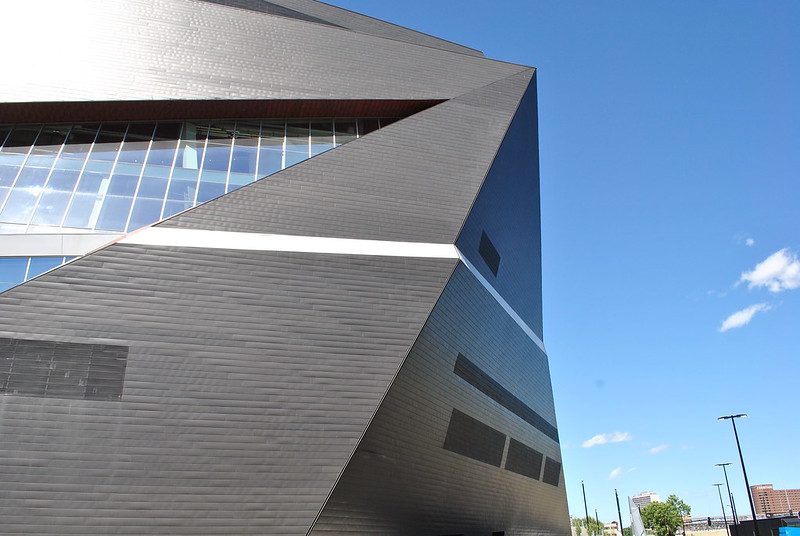 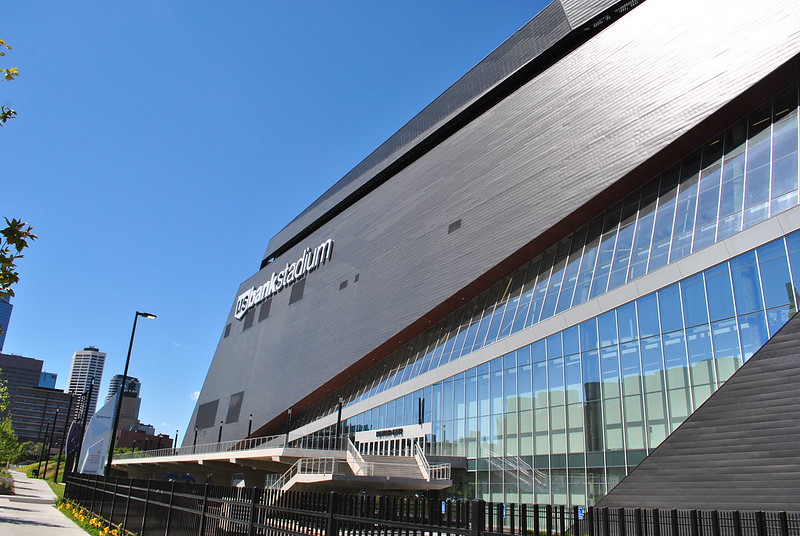 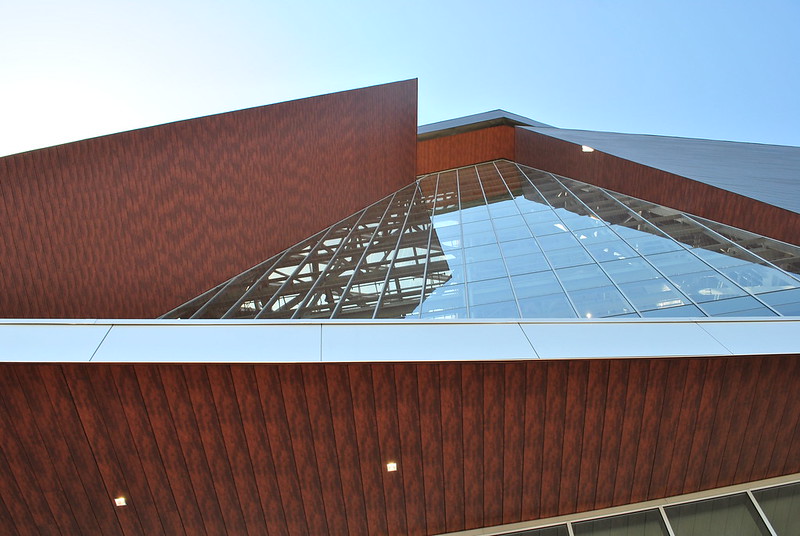 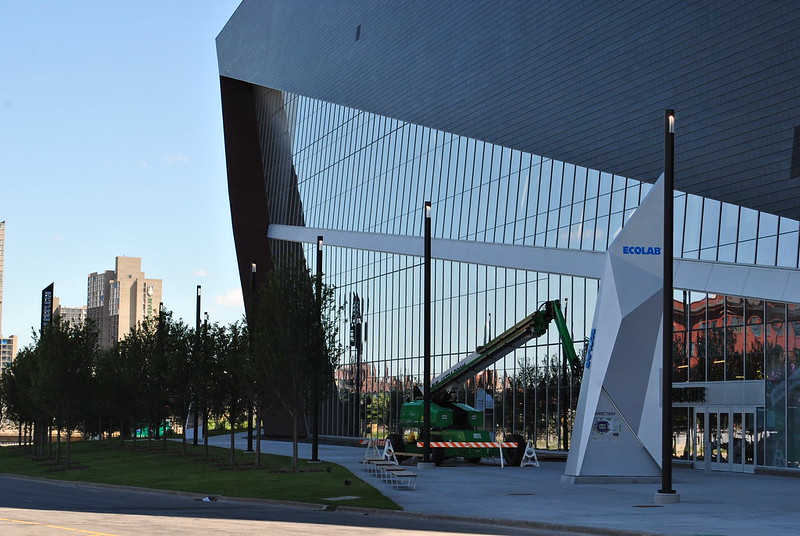 Awesome reflections. I was admiring, standing on the hill in Gold Medal, how the glass reflected the street activity below. Nice to get sky reflections, but the street life reflection is a fun change.

Is the brown/bronze cladding actually a different color or just picking up a different tone from whatever it's reflecting?
The problem with being an introvert online is that no one knows you're just hanging out and listening.

Cool. I was hoping so. It gives a nice warm contrast to the dark gray, even if the pattern is a little too obviously synthetic and repetitive.
The problem with being an introvert online is that no one knows you're just hanging out and listening.

Wonderful pics, Grant! I can't wait to see it up close.

Stadium received wind damage last night to some of the metal panels. Crews were out at 11pm repairing. Webcam images -https://imgur.com/DOOnadM

Stadium received wind damage last night to some of the metal panels. Crews were out at 11pm repairing. Webcam images -https://imgur.com/DOOnadM

Anyone else a little surprised by this? I don't think the winds downtown exceeded 60mph last night. Pretty average winds for a thunderstorm which are bound to happen at least several times a year. Are panels going to fail during every thunderstorm...?

This is at least the second time it's happened. I foresee a project next summer of replacing all the cladding. Maybe they'll pick a different color.

That's a little higher than I thought but those types of winds are bound to happen several times a year. The building is brand new, you would expect it to hold up the best now. Replacement is easy now but what happens in 10+ years when the panels are fading and new black panels are added? It just seems like a better solution should be found. Building hasn't officially opened yet but problems with the panels already seem to be an ongoing issue. Look at the cameras from last night after the storm or this morning, it looks like shit. As far as I know, this is the first severe storm to hit the stadium and it failed.

Also, what happened to the panels? Did they literally fly off the stadium? The skin beneath the panels is exposed in areas so it must have gone somewhere. I wouldn't want to be anywhere near the stadium during a thunderstorm, even a fairly routine severe storm.

The only panels I see that are actually peeling off are the ones that were recently put on and have been having problems in the past. What am I missing? What looks like shit? Are we forgetting that our previous stadium here literally collapsed a couple times?

I hate the stadium as much as the next guy... But complex buildings with complex systems sometimes need a while to get the bugs ironed out.
The Metrodome deflated three or four times in the early 80s, and then worked fine for 25 years until the 2010 incident.

No panels actually flew completely off, but it will be interesting to see what caused the failure and how extensive a problem this might be. They sure are getting to be experts at removing and replacing those panels..
Post Reply
2080 posts